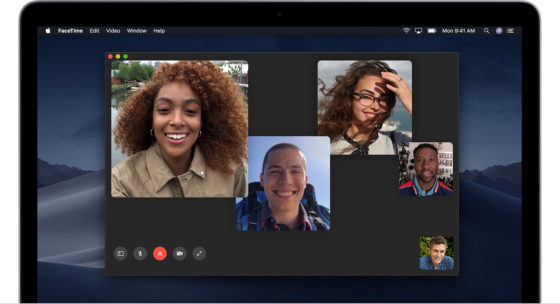 A major glitch in Apple’s FaceTime app has been allowing callers to secretly eavesdrop while the call has not yet been answered.  In some cases, the caller can even see a video without the recipient even accepting the FaceTime call.

Once again, a big corporation is in deep with glitches allowing for the violation of privacy.  This time, however, individuals can spy on other individuals rather than the government doing so, but it’s nonetheless a concern for those who like their privacy. The FaceTime glitch was first noticed by trade publication 9to5Mac, which wrote that the bug, which was “spreading virally over social media,” lets you “immediately hear the audio coming from their phone.”

The bug was widely reported late Monday, and confirmed by several technology reporters. Until it can offer a permanent fix, Apple simply disabled group FaceTime calls altogether, according to NPR.

It’s an unusual misstep for a company that prides itself on its strong privacy safeguards. And it comes in an environment of heightened scrutiny over privacy protections, as a new Congress considers whether to impose stronger regulations on technology companies like Facebook that are often accused of violating users’ privacy. –NPR.

9to5Mac even listed a detailed succession of the steps a user would need to take in order to reproduce the glitch. Those steps included starting a FaceTime video call with an iPhone contact and then immediately adding your own phone number to the call. This would trick the phone into starting a group FaceTime call and activate the other person’s audio enabling the caller to eavesdrop. If the recipient hit the power or volume button, the phone would broadcast video as well, the Verge reported.

Now you can answer for yourself on FaceTime even if they don’t answer?#Apple explain this.. pic.twitter.com/gr8llRKZxJ

“The damage potential here is real,” 9to5Mac wrote. “You can listen in to soundbites of any iPhone user’s ongoing conversation without them ever knowing that you could hear them. Until Apple fixes the bug, it’s not clear how to defend yourself against this attack either aside from disabling FaceTime altogether.”

This glitch could also further strain the economy as investors who have already been on panic alert since Apple said it was lowering revenue expectations this quarter, citing lower demand for iPhones and unexpected difficulties in the Chinese market.