Another Western Coup to Install a “Compliant” Government in Iran 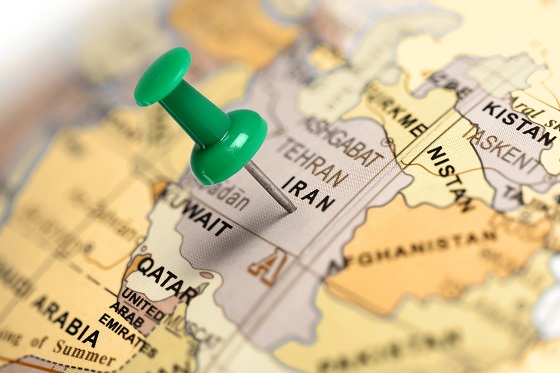 Politicians, oligarchs, and a plethora of multinational firms and NGO’s (some of the latter part and parcel to the MIC, or Military Industrial Complex) are “crafting” a “revolution” within Iran. A coup d’état is labeled as a “revolution from within” to disguise its true nature. At the heart of the latest “revolution” are the millennial generation: the twenty-somethings who are most easily manipulated by the older, craftier, and more experienced in their own country and the puppet masters outside of it.

The Mainstream Media (MSM) right this moment is “documenting” (or fabricating, whichever you prefer, though both are synonymous in the MSM) news on the Iranian situation. Crafting the narrative. The carefully-scripted “news” buildup has begun: the growing unrest/human rights abuses/government crackdowns on helpless protestors/the call by the U.S. President to “stay the course and we’re with you” …ad infinitum, ad nauseum.

There is a “watchdog” organization, replete with lawyers and globalists at its helm, called Iran Human Rights Documentation Center. Among two of its NGO’s (Nongovernmental Organizations) “championing” the rights of beleaguered Iran? Amnesty International, and Human Rights Watch. Yes, these are two of the hundreds owned and controlled (lock, stock, and barrel) by none other than George Soros. You can find out more about Soros and his NGO’s at the site www.discoverthenetworks.org.

Equally interesting is the following information that can be found at www.ngo-monitor.org, and here is an excerpt of that site talking about disclosure and reporting on earnings by these NGO’s:

“This report also examines contributions from Soros to international NGOs such as Human Rights Watch ($100 million) and Amnesty International, both of which focus disproportionate and biased attention on Israel. The Soros gift to Human Rights Watch came after a series of scandals, including fundraising in Saudi Arabia to promote its anti-Israel campaigns and support for the Ghaddafi family as “human rights reformers.” Concurrently, founder Robert Bernstein publicly renounced Human Rights Watch, and a number of core donors also withdrew their support.

In the second category are organizations that aim to shift U.S. public opinion regarding the Israeli/Palestinian conflict. The report examines the role of the Soros family in supporting U.S.-based organizations such as J Street, Media Matters, the Center for American Progress, the National Iranian American Council (NIAC), and the Institute for Middle East Understanding. These groups share the goal of influencing American public opinion and leaders on Middle East policy issues, and reducing domestic support for Israel. NIAC seeks to enhance the public standing of the Iranian regime and shield it from efforts to prevent the illicit acquisition of nuclear weapons.”

As you can see, each of the two NGO’s mentioned received $100 million. In addition to this, the second paragraph of the excerpt shows that Soros has supported an American-based organization to influence Iran (the NIAC), and how American public opinion and U.S. Middle East policies are heavily influenced (if not controlled outright) by Soros and his minions.

An article surfaced from Reuters entitled “Iran’s leader blames enemies for unrest as death toll rises,” with a subheading of “Iran protests grow, death toll mounts.”  The Western Consumer-Marketing subjects read this skewed headline and subheading, and the “door” to their mind has been opened, ready for brainwashing. The headline makes it appear as if death and unrest are being blamed on foreign enemies when really, it’s Iran’s leadership. The second subheading: harmless people are protesting, and death is their reward.

Public opinion is being sculpted, as history is repeating itself. In 1909, the Anglo-Persian Oil Company was formed as a subsidiary to Burmah Oil. The subsidiary would eventually become BP (British Petroleum). In 1914, Winston Churchill was then First Lord of the Admiralty of the Royal Navy of Britain. The Anglo-Persian Oil Company (in Persia, the former name of the country known as “Iran” today) was funded by the British Government at Churchill’s prodding, in exchange for controlling interest (51%) by the British. In addition, prices for England’s oil were fixed for three decades.

In 1935, Persia renamed itself as Iran, and Reza Khan (Pahlavi), the man who had seized power and become the Shah 10 years earlier was now ready to bring in even more money from Britain. He also brought in Standard Oil of New Jersey and Standard Oil of California. These two became the oil giants Exxon and Chevron respectively years later. This shah was (unfortunately for him) friendly to the Germans during WWII, and in 1941, he was arrested by Britain and the USSR, and exiled to South Africa.

His son, Mohammad Reza Pahlavi was “emplaced” upon the throne as the new Shah a month after his father was deposed. After he became Shah, he formed a government: naturally, one that was “friendly” to British and U.S. interests. He modernized much of the country and was malleable by his two “benefactors” of the U.S. and Britain. After the war ended, his leadership was challenged by a man named Mohammed Mosaddegh, a highly educated man from a family of great wealth and status.

Mossadegh despised the British and soon became a national political figure very popular with the Iranians, who viewed in him an opportunity to throw off British and American domination and oppression. He was chosen to be Prime Minister in 1951. His next step would be his last: to nationalize the oil industry in Iran. Britain and the United States then orchestrated a coup in 1953 and Mossadegh was ousted, and placed under house arrest for almost 15 years, until he died.

One of the key figures in this coup was a former OSS (Office of Strategic Services) operative who became a CIA agent by the name of Kermit Roosevelt. If the name sounds familiar, it should: he was none other than the grandson of former President Theodore “Teddy” Roosevelt. The coup was “Operation Ajax” to oust Mossadegh, and Roosevelt was none other than the Ground Operational Planner…and the coup required two attempts, the second of which was successful.

In 1954, President Eisenhower, the very one who decried the Military Industrial Complex and the nefarious plotting of secret organizations…awarded to Roosevelt…secretly…the National Security Medal in 1954. Roosevelt’s actions were declassified in 2014 and released by the U.S. National Security Archive.

There is also the religious factor: most Muslims (roughly 85%) are Sunni-Muslims. The Iranians are Shi’a, and Iran’s greatest Sunni enemy is none other than Saudi Arabia. Fast-forward to the Iranian Revolution of 1979 and the overthrow of the Shah, the rise of Ayatollah Khomeini, and the storming of the U.S. embassy. Ever since the hostages were released, the U.S. has had almost no relations with Iran, that turned into an Islamic republic and ousted the British and Americans almost overnight.

American Exceptionalism, if closely scrutinized would be more aptly termed “American Imperialism” when viewed in the historical context of Iran.  Some other “key issues” can be found with other “Duck speak” news reports, such as “Iran Deadly Oil Protests Could Send Oil Prices To $100,” written by Panos Mourdoukoutas of Forbes, who follows this with the statement that the protests are what could push Iran into a war with Saudi Arabia. That to follow up scaring everybody into thinking that oil (a fully-manipulated, controlled, and taxed commodity) might end up bringing on Ragnarok if it reaches $100 per barrel. Such fears could spark another Middle Eastern oil crusade and a call to arms.

There are unanswered questions that if they were answered and made public? Certainly the “foreign enemies” would be exposed for who and what they are: British and American agents emplaced to foment dissent, with support from NGO’s and oligarchs, to create these protests. Such “crises” would spill over into other areas: human rights “violations,” alliances with other governments viewed as a “nuisance” by the U.S. (such as Syria), and, of course, the “necessity to protect the free flow of oil.” Any of these “crises” to be trumpeted Wag the Dog style by the MSM to the tune of Lee Greenwood’s “God Bless the USA” tune.

The reality is that Iran is being prepped for a coup d’état, and human rights violations are the furthest reason from the truth that can be found for such a coup. The United States and its hegemony of European and American Rothschild-backed bankers, oligarchs, and politicos have been committing human rights violations against the American people for decades. It is all about oil, natural gas, money, strategic military deployment, and power. The lie is that it is all about “helping a friendly government to take root in Iran for the democracy and freedom of the people.”

In truth: it is all about installing a puppet-government and making Iran a client-state under IMF and U.S. control.

It remains to be seen who will rise to power if the U.S. coup succeeds. Whether a Shah or a President, the leader will be a puppet whose people will be subjected to U.S. and British rule once again.