Another Chinese City Goes Into Lockdown Over Omicron 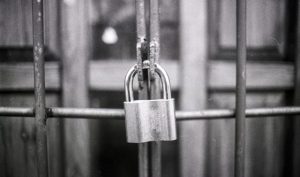 A major Chinese city near Beijing has placed its 14 million residents on partial lockdown after 40 children and adults tested positive for COVID-19, including at least two with the omicron variant. Remember when this scariant was first announced that it was “mild,” according to “scientists,” so what exactly is the justification to lockdown 14 million people for 40 cases of this cold?

It’s hard to say what the motivation is here other than fear and panic the masses into blind obedience to their rulers. The real issue with Tianjin being locked down is that it’s a major port in China. With the supply chain already devastated and reparation of it seems still so far in the future, this could be a problem on a global scale. The mainstream media in the United States says this is China’s first local outbreak of omicron of any size, less than a month before the Winter Olympics open in nearby Beijing.

According to a report by ABC News, buses and trains from Tianjin to Beijing have been suspended and people are being told not to leave the city unless they have pressing business. The city began mass testing of all its residents on Sunday after a cluster of 20 children and adults tested positive for COVID-19, including at least two with the omicron variant. Another 20 people tested positive on Sunday, bringing the total to 40. Officials said earlier that the virus has been circulating so the number of cases could rise.

While we all know there is no logic behind the lockdowns, ruling classes everywhere continue to use them as a means to control and fearmonger entire populations.

Elsewhere, millions of people are being confined to their homes in Xi’an and Yuzhou, two cities that are farther away but have larger outbreaks traced to the delta variant. Residents of Xi’an have been under lockdown for more than two weeks, but the number of new cases in the city of 13 million fell to just 15 on Monday in a sign that restrictions could soon be lifted. Yuzhou is a city of about 1.1 million people in neighboring Henan province. –ABC News

This is all ramping up again (or still). If there is any way a ruling class can get away with lockdowns, they will try it. Never put it past those who want to own you and rule over you. They will stop at noting to congeal their own power at your expense.