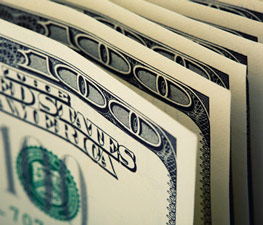 Editor’s Comment: The new system is being built up to make slaves of us. The digital currency is the least secure in every way, not only giving banks and governments specific and total information about all your transactions, but opening people up to hacking, theft and the power of losing all your 1’s and 0’s at the touch of a button.

If/when the system is shut down, digital accounts will be inaccessible or wiped out. Cash, where it is still available, will be heavily restricted. Playing by the new rules means being completing dependent on the system being operational and secure. All the power to the top and entrusted to people who are not to be trustworthy.

Government campaigns of intimidation — like the wars on drugs, terror, and poverty — have been used to extort the public for decades. Despite the previous failures of institutional “wars,” a new war on cash is being waged that threatens freedom in a more subversive way than ever before.

Banks and governments around the world are cracking down on the use of paper money, and in turn, eliminating any anonymity left in the current system. Through strict rules on cash transactions and civil asset forfeiture laws, for example, the system has already instituted penalties for using cash. But as payments evolve into a purely digital network, the consequences of this new paradigm are being brought into the spotlight.

The ability to track, record, and mediate transactions of all individuals is a power dictators throughout history could have only dreamed of. Those who value privacy are turning to alternatives like cash, cryptocurrencies, and precious metals, but these directly threaten central bank dominance. This ongoing tug-of-war in financial innovation will determine whether we enter an age of individual empowerment or centralized enslavement.

As mundane as it may seem, the main reason for this push to go cashless is directly tied to what world central banks are doing to prop up their economies. The manipulation of interests rates to zero or even negative has left central banks no ammunition to fight off the next recession. Without the ability to cut interest rates even further, stimulating economic growth is nearly impossible.

The decisions made in response to the 2008 crisis have led to a perverted environment in which customers could be charged just for holding money in their accounts. As long as individuals have the ability to move their funds into paper currency and escape the losses, banks are still limited to how far they can push the envelope. Regardless, the federal government continues to pressure banks into issuing “Suspicious Activity Reports” for withdrawals of even as little as $5,000. That amount will undoubtedly decrease if and when more people resort to stuffing cash under their mattresses.

Kenneth Rogoff, the former chief economist of the International Monetary Fund, noted in a recent paper how a cashless world would expand banks’ options:

“In principle, cutting interest rates below zero ought to stimulate consumption and investment in the same way as normal monetary policy, by encouraging borrowing. Unfortunately, the existence of cash gums up the works. If you are a saver, you will simply withdraw your funds, turning them into cash, rather than watch them shrink too rapidly. Enormous sums might be withdrawn to avoid these losses, which could make it difficult for banks to make loans.”

Conditioning the public to believe privacy and mere possession of cash are criminal acts is key to the establishment’s push into this new digital model. The media’s focus on cash and Bitcoin being used to fund cartels, terrorism, and gang activity is just a smokescreen for the real agenda of complete control — especially considering the big banks have already been caught laundering money for cartels and terrorist groups. The disruptive role cryptocurrencies and precious metals will play in this grand scheme is yet to be seen, but for now, they’re the best competition to the fiat dollar hegemony.

Bitcoin has been the trailblazer of blockchain technologies. With its mobility and limitless applications, it has created an entire frontier for entrepreneurial innovation. Bitcoin’s peer-to-peer network promotes free association, free trade, and increased privacy without needing a government or bank stamp of approval. With the help of free-thinking developers, the cashless revolution could take shape as an open-sourced network that empowers people in incredible ways. The cashless central bank knockoff being put in place is nothing more than a trojan horse that, over time, will reveal itself as obsolete, like all other centralized models. The transformative effect on communication that will come with the development of the internet offers some idea of what the blockchain will do for the financial sector. Peer-to-peer banking has done a better job of encouraging small business growth and entrepreneurship than any government policy ever has.

The rapid rise of Bitcoin’s price created a frenzy of interest, but the volatility and hacking scandals that followed have stalled the momentum. If cryptocurrencies are going to have a real chance as a viable alternative to government paper, they have a lot to prove before they can win over the masses. The blockchain ecosystem needs time to stabilize, and the public needs a chance to educate themselves on its potential. Until then, a balance between this new technology and more stable, time-tested assets can create a foundation for those seeking financial independence.

Gold and silver bullion shouldn’t be overlooked when it comes to personal finance; with a hard asset that preserves wealth, losses from inflation and negative interest rates can be a thing of the past. Not only have they outlasted every government fiat currency in history, but they also provide a way to hold value off the books and transact anonymously. With precious metals, there is no counterparty risk, and their worth isn’t dependent on any government, bank or company. Having tangible assets directly in your possession assures the purchasing power of your savings is secure.

“People should have an escape valve for their money, their assets. If you have substantial financial assets, the government is going to confiscate the purchasing power of those assets and spend it.”

The government’s crusade to restrict financial freedom is just beginning; as always, fear and propaganda will be used to condition the masses into submission. The personal responsibility needed to protect yourself from the inevitable changes in the system can be overwhelming, but without taking the proper steps, the current ruling class will make the decisions for you.

A cashless society is sold as a way to protect your identity, prevent crime, and create a safer world, but there is always a tradeoff. The only cashless model that can succeed is a decentralized one that can sustain itself without bailouts or manipulation. Banks and governments aren’t motivated by some noble vision for society; like all humans, self-interest is paramount. If their power monopoly is threatened by cash, free speech, drugs, or anything else, that threat will be demonized and attacked with no mercy. Although this technology based future has many unknowns, hopefully, the path we choose will create opportunities for entrepreneurs to make real progress against this financial oligarchy.