Americans Slowly Wake Up: Some Are Becoming Less Willing To Beg For Permission 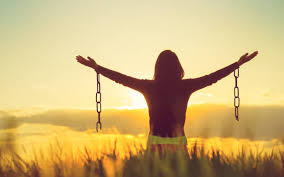 Americans may be slowly starting to wake up to their slavery.  Many have become less willing to beg the government for permission to make a living in light of the ever-tightening restriction on our very humanity.

Government officials claim that doing business is a revocable “privilege,” but many Americans see it as a basic human right that they’ll exercise with or without licenses and permits, according to a report by Reason.  Finally, we are seeing some push back against the government. It may be late, but it’s better than nothing.

As the COVID-19 scamdemic narrative continues to simmer and lose its fear factor, the one competency that officials have consistently displayed is in tightening the screws, using the licenses and permissions they require as enforcement tools. For people tired of being bossed around, the obvious response is to carry on without the government’s imprimatur—and they’re doing so in droves. It’s an attitude likely to live on long after the crisis has passed.

This is the kind of thing that will eventually make governments obsolete. Keep in mind, we do not need them for anything. They desperately need you to believe you need them, but we don’t. They need us, and that’s the disgusting truth they hope we never find out.

People across the United States have finally gotten to a point where they have nothing left to lose. “Our businesses are doomed,” Chris Polone, co-owner of a Fort Worth bar that was one of more than 800 such establishments to open in defiance of Texas closure orders, said at the end of July. “We have nothing to lose. We can either fight this thing, or we can starve ourselves out.”

As apocalyptic as that sounds, it’s a reasonable statement when the review site Yelp reports that 55 percent of all businesses shut during the pandemic is believed to have closed their doors forever. For many entrepreneurs, breaking the rules may be the only way to survive.

Free men and women don’t ask for permission to live or survive anyway. They already know that they were born free and no amount of voting or heavy-handed government can tell them what to live.  People all over seem to be realizing that historically, government has not been a friend of the people, but a way to slowly amass more power until there is nothing the public can do.  But people have been backed into a corner now, so the realization that they are either going to be free or live a life of enslavement to the ruling class is a choice to be made now.

However, those who are wanting complete control of everyone on this earth will not give up easily, and it’s important to note that they will double down as more people wake up and become free. Don’t fall for the fear, live freely as the creator intended, and stay alert. 2020 is not over yet.