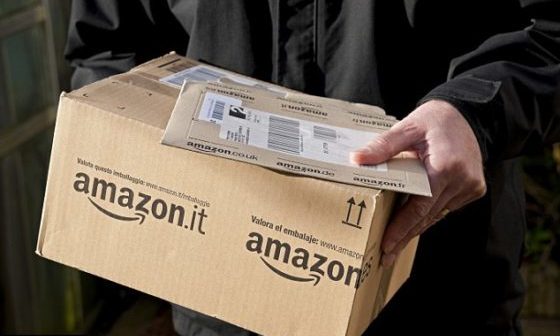 Amazon has decided to offer a new service that seems innocent on the surface. The retailer has begun photographing packages left at homes and sending that picture to the customer’s email address to help them locate packages that may have been hidden.

It all seems so innocent. But is it? According to Natural News, Amazon’s new service is meant to help customers find where their package was left while they were at work or out running errands, especially if it was intentionally tucked behind a bush or a flower pot to keep it hidden from potential thieves. Amazon has a good reason for taking pictures of the homes packages are delivered to, but that doesn’t make it any less creepy and privacy concerns are now, once again at the forefront.

Especially considering USA Today reported that this new “feature” is being rolled out almost silently. Amazon has been quietly expanding a program over the past few months in which some of its delivery providers take a picture of where they put your package. The photo is included in the notice of delivery received by shoppers so they know when it arrived and where to look for it.

Amazon Logistics Photo On Delivery is “one of many delivery innovations we’re working on to improve convenience for customers,” Amazon spokesperson Kristen Kish said. The Photo on Delivery program has existed for at least six months, but recently Amazon updated the delivery device and app used by delivery personnel in its Amazon Logistics delivery system called Rabbit by drivers. Now, all Logistics drivers can take a photo. This has made the program more visible to a broader geographic swath of Amazon customers nationwide. It’s currently available at least in the Seattle, San Francisco, and Northern Virginia metro areas and only comprises a small portion of U.S. deliveries.

This feature is rolling out as Amazon increasingly asks its customers to accept its constant presence in their homes, from a voice-activated speaker that records snippets of commands to a high-tech entry system that allows delivery personnel to enter their home. It’s like Amazon is looking for ways to try to make people more comfortable with major violations of their privacy and personal space.

And when it comes to Amazon, concerns over privacy violations are more often than not legitimate, especially considering the fact that the electronic commerce giant has a history of spying and surveillance. Just a few months ago, the Daily Mail published an article on “Amazon’s creepy plan to put a camera and microphone in every bedroom” with the launch of the Echo Spot’s “smart alarm.”

But at least for now, you can opt out of having pictures taken of your home. For those who’d prefer not to have photos of their doors or shrubbery sent to them, customers can opt out of the service on the Amazon website under the help and customer service tab.