All War Is Based On Deception: What Is The True Intent Of North Korea’s Provocative Action And Saber Rattling? 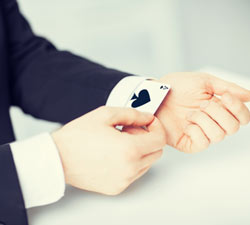 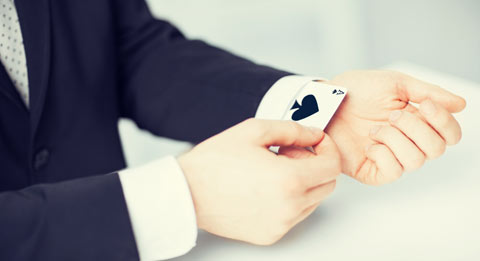 “All of warfare is based on deception.” –Sun Tzu

One of the important points to keep in mind regarding North Korea’s actions is that they are probably not “unilateral” actions…that is, without any influence from any of the other “evil empire/axis” nations.  Russia and China both exert a profound amount of influence on North Korea.  Kim Jong-Un’s decisions within recent days to launch several missiles have prompted more outcries from the U.S. and the UN to enforce tighter sanctions, etc., ad nauseum.

But what is the true intent of all of this provocative action and saber rattling?

Firstly, the United States and South Korea are in the process of conducting military exercises that North Korea has been pointing to as a (possible) justification for using their nukes.  But with all of this, did everyone notice that the aid coming in to North Korea from China and Russia has not abated?  Last year Putin and Un signed off on a deal for heightened economic and military cooperation between the two countries.  That culminated with a deal to trade for coal and other resources.  The two nations are allies: this is clear and evident.

China publicly denounces North Korea for its aggressive actions and rhetoric, but the words are just that: mere words.  China actively exports a tremendous amount of food to North Korea, and (as China is communist) the amounts cannot be either monitored or stemmed by the “free” Western nations.  Remember, China and Russia (who both possess crucial votes on the UN Security Council) always manage to veto the more serious actions against North Korea proposed either by the United States and/or other nations.

Yes, North Korea is “on its own sheet of music,” however, the actions of Un are used to obfuscate the actions of those nations that publicly denounce him but privately support him.  Those nations do include the United States.  The U.S. uses (as it has in the past when the Soviet Union existed) the “increased threat” to justify spending and theft within its role as the state that enables the existence of the military industrial complex.  North Korea is just one of the “boogeymen” that rotates into the position of public enemy number 1 as the U.S. sees fit.

The true threat from North Korea comes from its unstable responses due to its consistent communist policies…always under a “war footing” to justify their actions.  In many ways, they mirror the Western actions (especially those of the U.S.) of the “Star Trek” amber/yellow/red alert drills of the U.S.S. Enterprise…always quick to point out a threat, real or imaginary, to divert the attention of the people.  Diverting the attention and creating a focus toward one thing, when the government is doing something heinous out of the public view.

Make no mistake about it, North Korea does have the capability to launch an EMP attack against the United States.  They would possibly (and in all probability) not be acting alone in this regard.  At the bare minimum, they would be acting with the approval of other nations.  Remember, our nuclear first strike capability isn’t…we have struck a solemn, taciturn vow never to strike first.  In addition, an EMP attack would not be met with a nuclear strike.  That is Obama policy, not conjecture.

North Korea is a threat, but they are a threat that will not be operating on its own, without the tacit approval of either of their allies.  The problem is in the form of a question: will Un and his family be granted safe haven in one of these countries, if North Korea does attack the U.S. and Un uses this attack to sacrifice his country in return for such safe haven?  They are a “loose cannon,” but they are not operating alone or unadvised.  Perhaps Obama could have outlined such a sacrifice for Un to follow…to usher in Martial Law in the U.S. and the suspension of rights under the Constitution, and “indefinite postponement” of presidential elections.