A Relentless Push Into Totalitarianism: Are the Trans-Pacific Partnership and Jade Helm Interrelated? 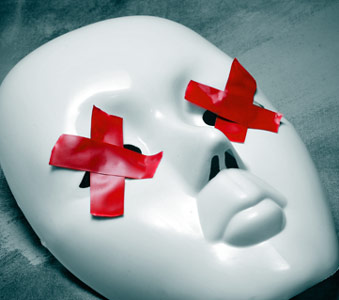 Good Day to you, SHTF Readers, and I hope everyone is doing well.  This piece is an “open article,” so to speak.  I wish to present a few facts and resources as well as my thoughts on the matter, but it is you guys and gals who I wish to hear from.  There is a ton of information floating around out there and you are an intelligent and well-informed readership; undoubtedly you have read or heard of much of the information.

In subsequent articles I am going to present an upcoming project that I am working on.  The project is so intricate and interrelated within all of its facets that it will be commented upon with only a few paragraphs and presented in outline form.  The subject has to do with the demise (labeled “fundamental transformation” by the regime) of the United States and all of the component parts of that demise.  This piece today examines the relationship between two of these facets that will have a major impact upon the dissolution of our country.

I am emboldening this request because it is critical:  Please give your comments…the best of what you have experienced and learned…relating to this issue.

This is the first exercise of its kind that I am undertaking regarding an article: the attempt to combine the thoughts and comments from our readership and collate them.  I respect you: all of you.  Ben Raines, Sixpack, Sgt. Dale, Acid Etch, Satori, Braveheart, Kula Farmer, Sharon, Durango Kid, Cat Herder, Talon 1776, Genius, FreeSlave…I could fill this page with the names.  All of you comment regularly and the profound ideas and thoughts are beautiful to see.  I think the world of all of you.  The diversity of experience and viewpoints is boundless; this is the toolkit we need to formulate plans and disseminate information.  Let this forum, I pray, be the venue, the hub for your insights to come together.  I humbly ask to facilitate this.

The Trans-Pacific Partnership (TPP) is one of the most insidious (and ingenious) bypasses of our system that I have ever seen.  The TPP is also to be preceded by a Congressional vote to confer almost absolute authority on Obama under the Fast Track measure designed for the purpose (premise) of “trade facilitation.”  Steve Quayle and Alex Jones have both written and produced plenty of pieces on it.  There are two articles I wish to recommend for cross-referencing for you.  One is by Gun Owners of America, entitled “Secret Deal Could Contain a Myriad of Gun Restrictions, Ammo Bans!” dated 5/8/15.  The second is found on Townhall.com, entitled “Ten Things You Need To Know About Fast Track,” by Michael Hammond, dated 4/27/2015.

The first article deals with the attempt by Obama to insert his desired gun control regulations and possibly the U.N. Arms Trade Treaty within the TPP after Fast Track (the literal “handing” of all legislative powers of Congress into Obama’s hands) has been approved.  The second article is very comprehensive, and I will summarize its ten points:

Regarding Jade Helm, the military’s “exercises” to take place over the summer,

Dave Hodges has outlined a great deal of information on it (his essays are the most comprehensive).  I strongly recommend reviewing the parameters in each individual essay for a good synopsis of background on it.  Prison Planet released a piece on 5/9/15 entitled “Master the Human Domain: The Domestic Plan Behind Jade Helm,” found on Prison Planet.com that defines human domain analytics.  This information is broken down into who you are, what you do, who you know, and context (demographics, politics, cultural norms, and religion).

Infowars David Knight made a profound comment as such:

I believe these two – the TPP and Jade Helm – are interrelated.  At any given moment, the United States of America is subjected to a barrage…continuous and unrelenting…of actions carried out by traitors designed to undermine our liberties and remove our freedoms under the Constitution from us.  I believe that Jade Helm is the series of readiness exercises to place the “partners” of the military, the police forces, and the bureaucratic machinery in place for such a thing as the TPP.

I believe the Fast Track and TPP will be one of several “tipping points” for the American people, at least the percentage of us that will stand up and do something about it rather than “go gently into that good night,” so to speak.  The volume of the barrage is so intense that the people are kept off balance and unable to react, let alone keep up with these actions.  One measure after another is relentlessly pushing us into the totalitarian, third world slum that lies just around the corner.

So here’s what I am asking of you guys and gals: comment on all information that you know regarding these two subjects and let’s see where we can take it, together.  It is a bit of a different approach; nevertheless, I mentioned before how important it is to facilitate the exchange of information.  You are the key.  Let’s see what we can do with it, and I wish to post a follow-up piece on it when all is said and done.  Hang in there and fight the good fight!  I hope to hear from each of you soon.