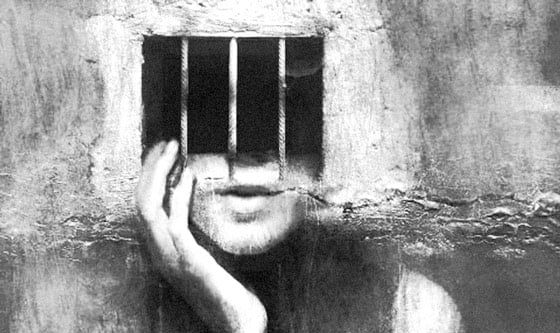 This article was originally published by Caitlin Johnstone at CaitlinJohnstone.com under the title: A Prison Where The Prisoners Don’t Know They’re In Prison: Notes From The Edge Of The Narrative Matrix

Talking about Russia’s invasion of Ukraine without also talking about the ways the US empire provoked and benefits from this war is the same as lying.

One of the main differences between myself and other commentators who talk about an elite conspiracy to implement a totalitarian dystopia is that the others warn that we are being pushed toward this dystopia, while I insist that we’re already there and have been for generations.

When I say we’re in a totalitarian dystopia a lot of people assume I mean things like vaccine mandates or gun laws or paying taxes, but I actually mean something far, far bigger than that. I mean we’re all in a psychological prison built by the powerful to control how we are.

The Orwellian dystopia isn’t some danger that exists in the future; it’s here presently. It just doesn’t look like what Orwell imagined. Our rulers are getting everything they want out of the current dystopia, just as much as they would in societies envisioned by dystopian novelists.

It is true that we are seeing more and more overtly tyrannical measures rolled out in areas like surveillance and suppression of speech, but those are not means of getting us into the dystopian prison, they are means of keeping us there. They’re just tightening the bolts on our cage.

You can tell we’re in a psychological prison because everyone’s getting crazier and crazier. Mental illness and addiction are soaring, there’s a mass shooting epidemic in the United States, and everyone’s feeling increasingly miserable and alienated. This is because we’re all propagandized to the gills. We’re acting like victims of psychological abuse because that’s what we are. We’ve spent our whole lives having our minds systematically pounded into a shape that makes us think, speak, act and vote in a way that benefits our rulers.

Because they control the way we think with mass-scale psychological manipulation, their control is total. It’s as total as it would be in the civilization laid out in Orwell’s 1984. We won’t be doing anything they don’t want us to do while our minds are locked down like this. What we have is actually far more effective than an overly tyrannical dystopia, because it looks like freedom. They let you do more or less what you want while using mass-scale psychological manipulation to control what it is that you will want to do.

What’s harder to escape than a maximum security prison? A prison where the prisoners don’t even know they’re in prison.

Sometimes it feels like our rulers make up culture war topics on the fly, just to win bets with each other.

“Fifty bucks says we can get them all arguing about gas stoves next.”

The most important reporting a journalist can do in the western world today is to help expose the lies, propaganda, and malpractice of other western journalists and news outlets. But that is also the last thing a western journalist is ever likely to do.

Democrats will bomb you, starve you with sanctions, evict you, let you freeze to death, let you die because you can’t afford medicine, and let you work your fingers to the bone for pennies, but they will never, ever misgender you.

And rightists are all too happy to take that last bit as evidence that Democrats have in fact moved “too far to the left” and argue that US politics needs to move much farther to the right to counteract all the leftist extremism.

People argue that you can’t blame the US for all the millions of deaths ensuing from its “war on terror” interventions because many of those deaths were caused by sectarian infighting, but that’s like an arsonist saying “It’s not my fault the house burned down! The fire did most of the damage!”

This can change quickly. Humans likely had no language of any kind for a long time, then suddenly they did. We’ve been coasting along unconsciously reacting to our obsolete evolutionary conditioning and ancient heritage of trauma this entire time, and suddenly that can stop.

Every species eventually hits a juncture where it either adapts to changing conditions or goes extinct. All signs indicate that we are rapidly approaching that juncture currently. If we make the necessary adaptations, they will look like a change in our relationship with thought.

The primary complaints about Gen Z ultimately boil down to “They refuse to work shitty jobs for shit pay” and “They’re too nice to people who are different”. Which says just as much about the quality of the older generations as the quality of the new ones.

I’m always yammering on here about what it’s going to take to turn this human catastrophe around, but sometimes I think it might turn out that all that needs to happen is for all of us old assholes to age out and leave the world in better hands than our own.