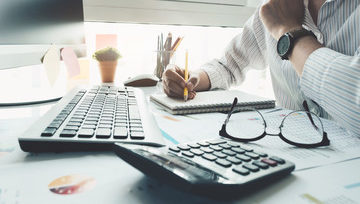 Americans seem to be increasingly unaware of just how bad things can get when it comes to basic financial security.  Just one in 10 were able to score an A on a financial security test.  How would you fare? Are you financially secure?

As a nation, our finances are in messy and downright scary. The statistics say 78% of Americans live paycheck to paycheck while 40% could not cover a $400 emergency without borrowing money and going further into debt. And a set of newer data suggests things could be even worse now.

According to the financial institution Primerica, most of us are far behind where we should be financially considering our incomes. Primerica released a survey of 1,000 middle-income Americans whose household income maxed out at $106,000. According to Market Watch‘s report on the survey,  when asked whether or not they engage in the five financial preparedness basics, only about one in 10 engaged in them all.

The 5 basic financial preparedness basics are:

1. Making more than the minimum payment on credit card bills every month;
2. Having $50,000 or more in life insurance coverage;
3. Saving some money every month;
4. Investing some of their money in accounts outside traditional savings accounts;
5. Having enough savings to cover three months of expenses if the primary breadwinner loses his or her job.

Seven in 10 Americans scored a C or lower which means they are doing 1 to 3 of the 5 things necessary to gain financial security.  These findings shine even more light on some other points of data that show just how troubling America’s financial situation really is. We are a nation of over spenders and debtors. This mentality will not work well when another recession hits, however.

One major problem is our massive unpaid credit card bill. The average credit card balance is now $5,736, up more than 7% in the past three years. And the total amount of unpaid revolving debt (this is usually credit card debt) hit a record $1.044 trillion at the end of 2018, according to the Federal Reserve. 37 million credit card accounts are in serious delinquency. Only four in 10 Americans have enough in savings to pay for a $1,000 unexpected expense, according to a Bankrate survey released this year. And only 44% of U.S. households have more money in an emergency savings fund than what they owe in credit card debt. That’s down from 58% last year and “the lowest amount in Bankrate’s nine years of conducting the survey.”

The average car payment rose to $530 per month in 2018 sucking a good chunk of money from Americans paychecks. And many make payments on two cars.

The key to financial security is simple: live on less than you make. A shift in mindset is all it takes, and although difficult, it’s worth it!