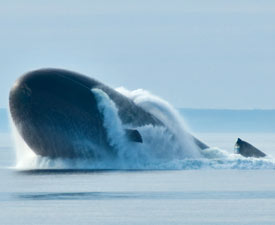 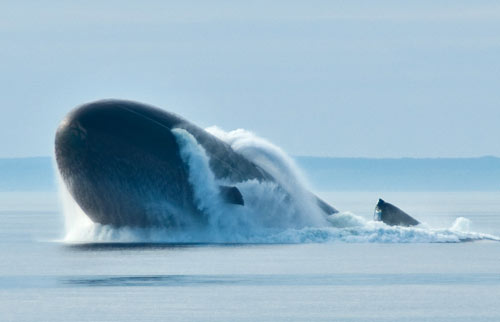 Along with the mounting tensions between the United States and China in the Pacific, and the former and Russia in the Atlantic comes a steady buildup of submarines in both respective theaters of naval combat.  The Russians have been accomplishing a great deal in stealth technology, especially with Kilo-class boats converted into stealth subs.  Dubbed “the black holes of the Russian Navy,” these quiet refitted diesel subs with the stealth technology are starting to roll steadily off of the assembly lines.

The Chinese are also upgrading their submarine fleet from a technological perspective (the boat) and also making improvements in their missile systems.  Such actions come on the heels of American positioning in the Pacific.  With all of the tensions escalating and seesawing in the two Koreas, the deployment of the Thaad Anti-ballistic missile systems in South Korea is not seen by the Chinese as a defensive measure: the hypersonic missiles can potentially hit China and alter the balance of its ground forces.  This U.S. ABM-deployment occurred in March of this year.

Now the Chinese are ready to unveil submarines in the Pacific that will be armed with nuclear missiles.  This is a definite game-changer that has its roots in the Senkaku islands dispute between China and Japan, but the U.S. has been flexing its muscles and inserted a fleet in the region.  Also the B-1 bombers have been reactivated and are running route missions, much to the chagrin of the Chinese.  They already have four Jin-class submarines in the South China sea, merely awaiting the order to proceed into the Pacific. Each Jin Submarine can carry 12 Ju-Lang (“Giant Wave”) missiles, and recently its largest missile, the DF-5 has been converted to a multiple-warhead carrying capacity.

Meanwhile in the Atlantic, the Russians are by no means being complacent with their submarine fleet.  The Commander of the U.S. 6th Fleet recently wrote a paper outlining this increased Russian activity in the Atlantic.  Written for the U.S. Naval Institute’s June 2016 issue of “Proceeding,” the article is entitled “The Fourth Battle of the Atlantic.”  Here is an excerpt that characterizes the Vice-Admiral’s viewpoint of the Russian submarine activity:

Once again, an effective, skilled, and technologically advanced Russian submarine force is challenging us. Russian submarines are prowling the Atlantic, testing our defenses, confronting our command of the seas, and preparing the complex underwater battlespace to give them an edge in any future conflict.  Not only have Russia’s actions and capabilities increased in alarming and confrontational ways, its national-security policy is aimed at challenging the United States and its NATO allies and partners.”

The head of the Russian Navy, Admiral Viktor Chirkov mentioned back in 2015 that Russia’s submarine operations have increased by 50%.  The Russians placed a nuclear-guided missile submarine in operation named the Severodvinsk, K-239, of the new Yassen-class submarines.  Apparently these boats are so impressive that Vice-Admiral Dave Johnson, a Naval officer in charge of submarine construction for the U.S. Navy had a model built of the Severodvinsk.  Impressed with its qualities and capabilities, Johnson characterized the Russian vessel as a “tough opponent.”

The Russians have also been developing drone submarines, as was previously mentioned in several articles and leaked “accidentally” in a Russian press conference featuring Vladimir Putin.  The aforementioned Kilo-class subs are also being refitted with Kalibr-NK missiles with a longer range; these are cruise missiles that can be popped out and launched from the sea’s surface and equipped with nuclear warheads.

There was a recent report that said China had about 250 missiles to the U.S.’s 7,000.  Sounds good for us, right?  Perhaps, but not when you consider that if even half of those Chinese missiles hit the U.S., spread evenly between the 50 states, that would leave better than 2 nuclear missiles per state.  The Chinese view their submarine-based ballistic missiles as a second-strike and penetrable force.  Undoubtedly, the Russians view theirs in the same manner.  The submarines are definitely a force to be reckoned with, and as we hem both China and Russia into corners, we provide them with the impetus to continue the buildup of their submarine fleets and deployment of those fleets into areas where they will be most effective if hostilities break out.

The Push For Disarmament Begins: “The Globalists Are Waiting in the Wings To Take Down America And Confiscate Firearms”