A Carefully-designed Script: Gun Violence and Obama to the Rescue! 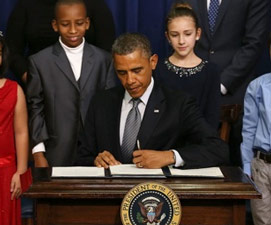 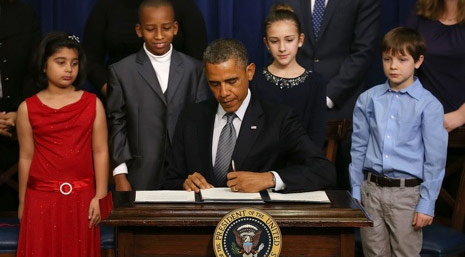 The new script being played out by the administration is truly beautiful to watch in its detail and complexity.  There are so many characters in this screenplay, and here they are, listed as their performance in the playbill:

The Media
Faithfully reporting on the Hero’s progress

Guns
The true villains: they possess the murderers

Murderers
AKA: Renquists {as in Stoker’s “Dracula”} they are addled “tools” in the Gun’s hands

Accomplices
The U.S. Constitution and the 2nd Amendment

The Victim(s)
Similar to “The Fallen” in “The Hunger  Games,”  they are merely reasons for wailing and weeping as portrayed by the media

Props
All others are Stage Props: the schools, communities, the grieving public, etc.

In Montana, the local newspaper is little more than a collection of local colloquialisms surrounded by canned, nonsensical AP (that’s Associated Press) drivel that is labeled as news, but better described as propaganda, plain and simple.  There is a script here, and this is the way it has been running.

The headlines are so carefully crafted, and they are brilliantly contrived to play upon the feelings and to speak for those with the attention spans of gnats and the minds of 12 year-old children.  These are the headlines out of the local paper (The Daily Inter Lake), of October 10, 2015 that “do a roundup” on all of the gun tragedy:

(Take note: even locally, the Associated Press is always there, a lurking vampire-devil)

Gun Threat… Shooting… Obama… Grieving Town… all of these scripted headlines are to trigger emotions, and we already know that Obama (by his own words) said that he will take “Executive actions,” and these translate into Executive Orders, yet another dictate to be published in the Federal Register to bypass Congress and the established, legal, American way of creating laws in the United States.  The people are nothing more than props and hand puppets.  Firearms are always labeled as the great evil.  The person using the firearms is evil; however, it is the system of Constitutional Laws and existing freedoms under the Bill of Rights that are at fault.

The shooter is (in effect) also little more than a prop for The Evil Gun, that (akin to the demon possessing Linda Blair in “The Exorcist”) made the shooter pick it up and shoot people.  Readers, all of these scripted actions are all contrived and specifically tailored to allow Obama to make Executive Orders that will support the UN gun confiscation agenda that his administration (via Kerry) signed off on already.

The regime is stirring up public opinion at every angle, and all of the mainstream media is completely complicit in the promulgation of the scripted “Overton Window” actions to create new public perception and push the envelope even further to the end goal: National Gun Registration and (eventual) Confiscation and (eventual) repeal of the 2nd Amendment.  All in the name of safety, yet one question remains:

Who will keep us safe from those ensuring our safety?

I have been deliberating constantly since this entire avalanche of reporting these incidents on a phrase of Thomas Jefferson as follows (I paraphrase):

“Those who beat their guns into plowshares will plow for those who do not.”

This is true and has been proven throughout history.  In order for the endgame to occur, the American Citizen must first be disarmed.  In order for tyranny to proceed, the United States must first become Australia and be weaponless, defenseless citizenry at the beck and call of the government.  All of these benevolent governments emerge from their chrysalis as fully fanged vampires and then attack the defenseless public when gun controls have been successfully implemented within their borders.

Complacency is going to be the true death of it all, as Obama will “back door” us (probably on a weekend while everyone is glued to the television) the way he did with the NDAA… and the recent TPP deal.  We’ll wake up on a Monday morning, and there it will be: an Executive Order by Obama disarming us…to “protect” us.  The order will go into the Federal Register…take effect in 30 days…the public will not comply…and then Obama will call in the United Nations (as per agreements even made during the Bush Jr. days and before for foreign powers to “help” the U.S. restore law and order) and declare Martial Law.

You have seen it before, and you’ll see it again.  Obama is the Hero in a bad, B-movie that has been playing in cinemas for 8 years with no intermission, no cessation.  The script is rolling, and it remains to be seen whether the people will assume their role as Director and choose: either “Action” or “Cut,” regarding the scene.  Let us hope it will be the latter.

How To Prepare For Any Disaster

Must Watch: “Maybe It’s Not the Guns… Maybe It’s the People Holding the Guns”