8 Prepper Principles For a Prepared Mind 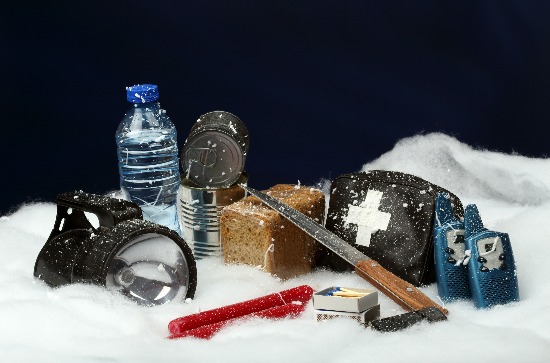 This article was originally published by Tess Pennington at Ready Nutrition.

You can have a year’s supply of beans and rice; enough ammo and weapons to fight off the Golden Horde, a gaggle of zombies and a few renegade cannibals; acres of seeds and enough bandages to turn the entire NFL into mummies, but if you don’t have the prepared mindset, you will still struggle to survive.

What is a prepared mind?

It’s a way of thinking.  It’s a different philosophy of life than that of most of the population of North America. Someone who is mentally prepared processes everything differently: threats, challenges, and windfalls.

There are many common factors to this philosophical viewpoint but here are the ones that are the most important.

1. A prepared mind reacts to a threat by taking action.

In my self-defense class, I learned that there are two types of people: victims and victors.  A victim will curl up in a defensive position, perhaps sob, or even freeze in terror.  A victor, however, will react to the threat, even if she knows that she is outweighed, outgunned or outnumbered.  A victor does not give up.  A victor may choose not to fight at a particular moment because it is not the best opportunity, but she will watch for an opening and she will recognize it and be ready when it comes.  A victor knows when to stand and fight and when to run to fight another day.  Even a victor can be afraid, but fear does not rule her – she rules her fear.

2. A prepared mind is situationally aware.

A preparedness mindset makes one ever aware of what is going on around him. If an unusual vehicle is present, he takes note of it.  He knows what is normal in his surroundings and is quick to notice when something is different.  When he is in an unfamiliar place, he is actively observing, looking for potential threats and taking mental photographs which can be retrieved if he needs to elude danger or defend himself.

3. A prepared mind considers privacy as a way of life.

Privacy is more than just OPSEC; it’s a way of life.  A prepared individual carefully guards her internet privacy, by controlling settings on social media, taking care to avoid posting information that could aid a criminal in locating her, keeping a low profile by not posting attention-getting pictures, and using non-identifying usernames in forums.  She doesn’t share stories about prepping with friends, family, and neighbors unless they have been carefully vetted and are included in plans for the future, should the need arise.  Even with those she shares information with, there are things that remain secret, such as hiding places, survival caches, and the amount of supplies that she possesses.  She teaches her children to be likewise circumspect regarding family supplies and preparations.

There is never JUST Plan A.  There is also Plan B and Plan C, at the very least.  A prepared person has multiple evacuation routes and methods.  He has a bug out bag in more than one location.  He doesn’t have all of his supplies in one place, but in two or three, or even more, locations.  Every member of his family knows what to do in the event of an emergency, even if they are geographically apart from the other family members. He attempts to think of things that could foil his plans and then figures out how to deal with the issues before they arise.

5. A prepared mind takes all possible precautions in order to avoid trouble.

A person who is prepared is not looking for trouble; she is actively trying to avoid it.  She locks the door to her house, even if she is only stepping out for a moment or if she is at home.  She keeps her car locked and checks the backseat before she gets in.  She parks near the exit when going to a crowded place.  She maintains awareness of those around her in order to recognize a threat.  She carries multiple items that can be used for self defense, based on the laws in her area.  She makes her home uninviting to criminals by posting warning signs about her dog and her alarm system.  She avoids dangerous situations, like walking down a dark deserted alley in a bad neighborhood in the middle of the night, whenever possible.

6. A prepared mind has a problem-solving attitude.

Someone who is prepared is not hopelessly dismayed when something goes wrong.  He actively works to prepare broken items using the things he has on hand.  He attacks a problem from different angles until he solves it.  He doesn’t throw in the towel, but when met with undesirable results, tries something different.  He repairs instead of replaces, he substitutes one ingredient when he is out of another, and he figures out how to resolve issues instead of throwing his hands in the air and giving up.  Some might even call him “stubborn”.

7. A prepared mind is flexible.

When things turn out differently than expected or planned, a prepared individual does not get rattled.  She merely takes another look at the situation and makes another plan.  She recognizes when it is time to change directions and go about things differently and seizes the opportunity to do so immediately, without wasting precious time attempting to stick to a plan that clearly will not work.

Why have two tools if one will do?  A person with a prepared mind will choose the most versatile piece of equipment whenever possible.  He would not select a device that can only be powered one way when he can have one that can be powered by either hand crank or battery.  He wouldn’t get 4 tools when he could get one tool that can do all four jobs.  Why get silly gadgets to do simple tasks when you can do those tasks yourself with no gadgets at all?  (The “boiled egg peeler” comes to mind.)

Once you’ve changed your personal philosophy, you will notice how your new way of thinking affects your every day, non-crisis life.  Your independent thinking will allow you to succeed in the workplace and at home.  You will be alert and ever-ready to protect yourself, and you will avoid danger and mishap by merely being prepared for it, should it come your way.  That kind of confidence is a major deterrent.

The first and most vital element of preparedness is the brain. Once you have your mind in the right place, the rest is easy.

Tess Pennington is the author of the Prepper’s Blueprint.  A guide to preparedness for any situation and it’s especially easy to follow step by step instructions make it a great resource for the beginner prepper.