Prepping: 5 Key Things City Dwellers Should Do To Survive An Apocalypse 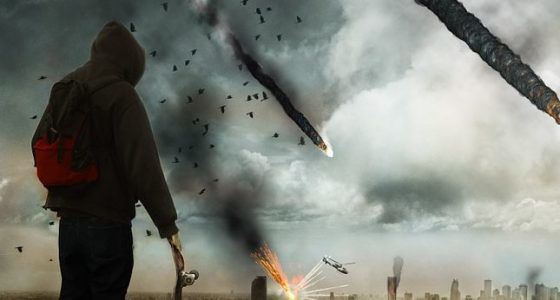 So far, 2017 has been full of all kinds of natural disasters.  But in the event of one of these apocalyptic events happening in your area, are you prepared? If not, have no fear; because the experts have come up with five key things a city dweller can do to survive an apocalyptic disaster.

According to one expert, a lot of the driving force behind large-scale evacuations is mass hysteria and fear. When in reality, most natural disasters don’t actually require an immediate evacuation because they can be predicted. One example of this is hurricanes, and to some extent, tornados. Weather-related events are much easier for scientists to predict in advance than geological events, like volcano eruptions and earthquakes.

But, in the case of those sudden apocalyptic events that are difficult to predict or give advanced warnings for, there are five key things experts suggest city dwellers take into account to survive impending doom. John Renne, the Director of the Center for Urban and Environmental Solutions at Florida Atlantic University, told The Week that while people don’t necessarily need to evacuate during disasters, they should be prepared for one.

The first recommendation of Renne’s will have those who created bug-out-bags a little confused.  Renne suggests that city dwellers plan to stay in their homes, actually, rather than attempt to flee. This is simply because there are not many reasons why an entire city would need to flee and for some types of disasters, such as chemical attacks, it’s safer to stay indoors rather than to leave.

However, Renne’s second recommendation is to be prepared to leave quickly.  This would be where a bug-out-bag would be useful. It’s better to have it an never need it, than to need it an not have it.  Renne suggests listening to reports on the radio or television for alerts and checking social media for evacuation plans just in case your area is affected.

The third suggestion is more common sense.  You should have the right supplies on hand.  Keep extra batteries and flashlights, as well as food and water stored so you can survive the days ahead. You should have enough water and non-perishable food for three days. Your emergency kit should also contain a solar charger for your phone, so you can stay up-to-date, and a first aid kit.  If cellular service goes down, a hand-crank generator radio would also come in handy to help you receive emergency alerts. You should also keep some cash and simply toiletries like toilet paper.

Renne’s fourth suggestion is to be aware of your surroundings.  Know how to shut off your gas, water, and electric, which could be necessary depending on the emergency. You should also plan a safe escape route in the event that you will have to leave quickly.

The fifth and final suggestion is to stay calm and remain positive.  Having a positive attitude and calm demeanor will allow you to think more clearly and better prepare yourself for the bad news. It could also prevent you from losing your cool and making a mistake that could cost you dearly.