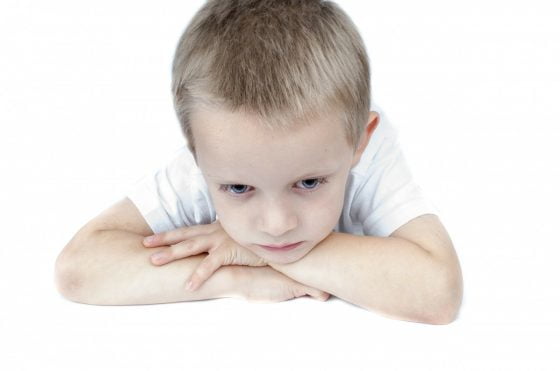 The things that I am going to share with you in this article are definitely very alarming.  But if you live in a wealthy neighborhood and are always surrounded by other wealthy individuals that never have to worry about missing a meal, then some of the numbers in this article may not ring true to you.

Today, the gap between the wealthy and the poor in the United States is larger than ever, and many wealthy Americans don’t have too much sympathy for the struggles that other people are going through.  But the truth is that most Americans are currently living paycheck to paycheck.  And when you are living right on the edge financially, there are times when it can be really tough to even afford the basic necessities.  If you have never had to miss a meal involuntarily, good for you.  Unfortunately, there are millions upon millions of Americans for which hunger is a very real problem.

If you had to guess, what would you say if someone asked you how many Americans struggle with food insecurity each year?

According to a CBS News article that was published a few months ago, “roughly 4o million people” struggle with not having enough food to eat…

The U.S. economy is enjoying nearly a decade of expansion since the Great Recession. Yet food insecurity — a lack of money or resources to secure enough to eat — still grips almost one in eight Americans. That’s roughly 40 million people. While slowly improving, that figure remains stubbornly higher than before the recession, when more than one in 10 U.S. residents had difficulty knowing when and how they might eat next, according to data from the U.S. Department of Agriculture.

Hungry people live in every county in America, according to the latest annual research from nonprofit relief organization Feeding America. It compiled federal and other data for 2017, its ninth year examining the issue, for a report called Map the Meal Gap. Feeding America serves 4 billion meals each year for one in eight Americans through 200 food banks and 60,000 meal programs and pantries.

We should be incredibly thankful for Feeding America and its vast network of food banks and pantries, but what happens when the need for food dramatically escalates and the food banks start running empty?

Just a few days ago I heard from a good friend in the middle of the country, and she told me that her local food bank is really pressing hard for donations right now because things are starting to get really, really right.

And we haven’t even officially entered the next recession yet.

Normally there wouldn’t be too much reason for concern, but this has definitely not been a normal year.  Crops have been failing across the globe, and African swine fever is killing millions upon millions of pigs all over the planet.

In fact, thanks to the horrific outbreak of African swine fever in China, pork prices over there are 69.3 percent higher than they were a year ago…

Pork prices in China jumped 69.3% in September from a year ago as the country continued to battle a shortage of the meat that followed an outbreak of African swine fever.

Last month’s surge in pork prices was higher compared to the 46.7% increase seen in August, according to data from China’s National Bureau of Statistics. That pushed up food prices in China by 11.2% in September, accelerating from the previous month’s 10% gain.

And what we have witnessed so far is just the beginning.

One of the big reasons why the Chinese just agreed to buy billions of dollars worth of our agricultural products is because they have a desperate need for them.

Here in the United States, food prices have also been rising steadily and we were already going to be facing one of the worst years for Midwest farmers ever, and now an unprecedented October blizzard is going to cause widespread crop failures.

An absolutely massive storm just dumped very deep snow from Colorado to Minnesota, and it hit just as farmers were getting ready to harvest their corn and soybeans.

As I noted in a different article that I just posted, one lawmaker in North Dakota is telling the press that we should expect “massive crop losses – as devastating as we’ve ever seen”.

Millions of acres of corn and soybeans are going to be “a total loss”, and that means that all of us will soon be facing higher food prices at the supermarket.

If you are independently wealthy and food prices don’t really matter to you, then you are in good shape.

But for the rest of us, these higher prices are going to be quite painful.  I would encourage you to stock up ahead of time while you still can.

Earlier this year, I extensively documented the major problems that farmers in the Midwest were having with rain and flooding, and I warned that we were potentially facing a disastrous harvest season.

Well, now that this historic blizzard has wiped out millions of acres of crops, we are potentially facing a scenario that is far worse than anything that I originally warned about.

That means that soon far more than 40 million Americans will be dealing with food insecurity.  Much higher prices at the grocery store will make it much more difficult for most of us to afford the basic necessities, and those on the bottom rungs of the economic pyramid will suffer more than anyone else.

Micahel Snyder is the author of The Rapture Verdict.

You Are Never Going To Look At The Book Of Revelation The Same Way Again. The worst times in all of human history are coming, and what Michael Snyder has uncovered is this book has dramatic implications for every man, woman, and child on the entire planet. The Rapture Verdict is likely to become one of the most controversial Christian books in decades, and it addresses many of the hottest questions being debated today.