29 Percent Of All U.S. Adults Under The Age Of 35 Are Living With Their Parents

Editor’s Note: At the height of the financial crisis, as millions of jobs were being lost, homes were being taken over by banks, and the prospects for recovery dwindled, we posited that the future would see multi-family arrangements in single dwelling structures much like the way people lived before the urban sprawl of the 60’s, 70’s and 80’s. In the following article Michael Snyder of The Economic Collapse Blog highlights the statistics that show this is now the case. Moreover, the trend is accelerating.  America’s younger generation faces a monumental task. They face decades’ long student loan repayment commitments, further belt tightening from job producers large and small, and a government hell-bent on destroying any possibility of real economic growth by way of heavy taxation and irrational mandates. While there are no doubt twenty-something adults living off their parents due to laziness, many have no choice but to come back home. What’s worse, as these younger adults age they will gain no real-world skills due to lack of opportunity, so if there ever is a true recovery, they will lack the skills to compete in a global marketplace.

Ronald Reagan once said, “freedom is never more than one generation away from extinction.” What we’re seeing now is a generation that is being groomed for a lifetime of government dependence and serfdom. Was Reagan right? Will it be this generation that leads us to a complete destruction of the fundamental principles that made America great in the 19th and 20th centuries? If the trend continues in the direction it is now, this may well be the case. 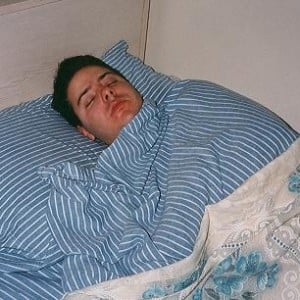 Why are so many young adults in America living with their parents?  According to a stunning Gallup survey that was recently released, nearly three out of every ten adults in the United States under the age of 35 are still living at home with Mom and Dad.  This closely lines up with a Pew Research Center analysis of Census data that looked at a younger sample of Americans which found that 36 percent of Americans 18 to 31 years old were still living with their parents.  That was the highest level that had ever been recorded.  Overall, approximately 25 million U.S. adults are currently living at home with their parents according to Time Magazine.  So what is causing all of this?  Well, there are certainly a lot of factors.  Overwhelming student loan debt, a depressing lack of jobs and the high cost of living are all definitely playing a role.  But many would argue that what we are witnessing goes far beyond temporary economic conditions.  There are many that believe that we have fundamentally failed our young people and have neglected to equip them with the skills and values that they need to be successful in the real world.

More Americans than ever before seem to be living in a state of “perpetual adolescence”.  As Gallup noted, one of the keys to adulthood is to be able to establish independence from your parents…

An important milestone in adulthood is establishing independence from one’s parents, including finding a job, a place to live and, for most, a spouse or partner, and starting one’s own family. However, there are potential roadblocks on the path to independence that may force young adults to live with their parents longer, including a weak job market, the high cost of living, significant college debt, and helping care for an elderly or disabled parent.

Unfortunately, it is becoming increasingly difficult for young people to become financially independent.  While they are in high school, we endlessly pound into their heads the need to go to college.  Then we urge them to take out whatever loans that they will need to pay for it, ensuring them that they will be able to get “good jobs” which will enable them to pay off those loans when they graduate.

Of course a very large percentage of them find that there aren’t any “good jobs” waiting for them when they graduate.  But because of the crippling loans that they have accumulated, they quickly realize that they have decades of debt slavery ahead of them.

-The total amount of student loan debt in the United States has risen to a brand new all-time record of 1.08 trillion dollars.

This is a student loan debt bubble unlike anything that we have ever seen before, and it seems to get worse with each passing year.

So when is the bubble going to finally burst?

In addition, since Barack Obama has been president close to 40 percent of all 27-year-olds have spent at least some time unemployed.

Even if a young adult is able to find a job, that does not mean that it will be enough to survive on.  The quality of jobs in America continues to go downhill and so do wages.

The ratio of what men in the 18 to 29-year-old age bracket are earning compared to what the general population is earning is at an all-time low, and American families that have a head of household that is under the age of 30 have a poverty rate of 37 percent.

No wonder so many young people are living at home.  Trying to survive in the real world is not easy.

Many of those that are trying to make it on their own are really struggling to do so.  Just consider the case of Kevin Burgos.  He earns $10.50 an hour working as an assistant manager at a Dunkin Donuts location in Hartford, Connecticut.  According to CNN, he can’t seem to make enough to support his family no matter how hard he works…

He works 35 hours each week to support his family of three young children. All told, Burgos makes about $1,800 each month.

But his bills for basic necessities, including rent for his two-bedroom apartment, gas for his car, diapers and visits to the doctor, add up to $2,400. To cover these expenses without falling short, Burgos would need to make at least $17 per hour.

“I am always worried about what I’m going to do for tomorrow,” Burgos said.

There are millions of young people out there that are pounding their heads against the wall month after month trying to work hard and do the right thing.  Sometimes they get so frustrated that they snap.  Just consider the following example…

Health officials have temporarily shut down a southern West Virginia pizza restaurant after a district manager was caught on surveillance video urinating into a sink.

Local media reported that the Mingo County health department ordered the Pizza Hut in Kermit, about 85 miles southwest of Charleston, to shut down.

But as I mentioned earlier, instead of blaming young people for their failures, perhaps we need to take a good, long look at how we have raised them.

The truth is that our public schools are a joke, SAT scores are at an all-time low, and we have pushed nearly all discussion of morality, values and faith out of the public square.

No wonder most of our young people are dumb as a rock and seem to have no moral compass.

Or could it be possible that I am being too hard on them?