2016 Selection: 1/3 of All Campaign Donations Funded by Just 60 Elite Individuals 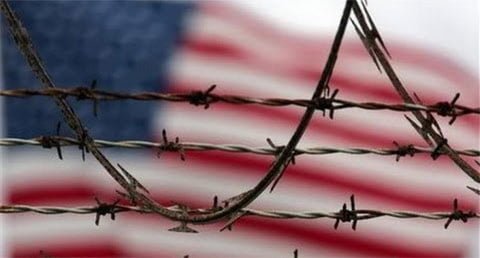 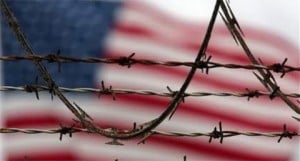 New SuperPAC rules have erased the limits on cash that donors can give to candidates, allowing the massive amounts of money to pile up even quicker.

Moreover, the political donations are very revealing. There is no doubt that the will of the people has been sidelined in favor of the biggest pockets.

Fewer and fewer individuals are underwriting the costs of campaigns, and making it a prerequisite to get cozy with big corporate donors, and edging out the influence of the every man.

The Associated Press just reviewed the donations so far for the 2016 presidential cycle, and found stunning results – that just 60 individuals have given more than a third of the total money so far:

An Associated Press analysis of fundraising reports filed with federal regulators through Friday found that nearly 60 donations of a million dollars or more accounted for about a third of the more than $380 million brought in so far for the 2016 presidential election. Donors who gave at least $100,000 account for about half of all donations so far to candidates’ presidential committees and the super PACs that support them.

Already, the 2016 campaign has approached the half a billion dollar mark, and we are nowhere near the primaries, let alone the general election, which is warming up to be a record-setting massive cost – and it can’t be good for “democracy.”

Tea Party favorite Ted Cruz is so far a good example of the difference that is playing out between traditional campaigning – where he it took three months of schmoozing and begging to raise about $10 million – versus the new power of SuperPACs to provide instant, major backing for choice candidates:

It took Ted Cruz three months to raise $10 million for his campaign for president, a springtime sprint of $1,000-per-plate dinners, hundreds of handshakes and a stream of emails asking supporters to chip in a few bucks.

One check, from one donor, topped those results.

New York hedge fund magnate Robert Mercer’s $11 million gift to a group backing the Texas Republican’s White House bid put him atop a tiny group of millionaires and billionaires whose contributions already dwarf those made by the tens of thousands of people who have given to their favorite presidential candidate.

The other candidates are on a similar track.

He points out the looming question surrounding oligarchy and our so-called “elections,” which operate much more like “selections” by the elite:

I’ve noticed more and more people publicly admitting that the U.S. in nothing more than an oligarchy. Even former U.S. President Jimmy Carter said it last week.

Meanwhile, just today, I came across the latest shocking proof of how bought and paid for “our” political system really is. We find out from the New York Times, that only 400 families account for nearly half of all spending on the 2016 Presidential election so far. The Dark Ages almost look democratic by comparison.

To peruse the top donors in presidential politics is to take a cross section of the wealthiest 1 percent of Americans. At least 67 are billionaires or married to one, according to Forbes.

Even a Princeton/Northwestern study admitted that democracy has been reduced to illusion:

Our analyses suggest that majorities of the American public actually have little influence over the policies our government adopts… if policymaking is dominated by powerful business organizations and a small number of affluent Americans, then America’s claims to being a democratic society are seriously threatened.

Is the system broken enough for you yet?

Yes, we are a Constitutional Republic, but without a healthy democratic spirit in elections and public discourse, shortcuts are taken by those in power, the oligarchy dominates, people are turned against each other over petty issues, and our rights are reduced to char.