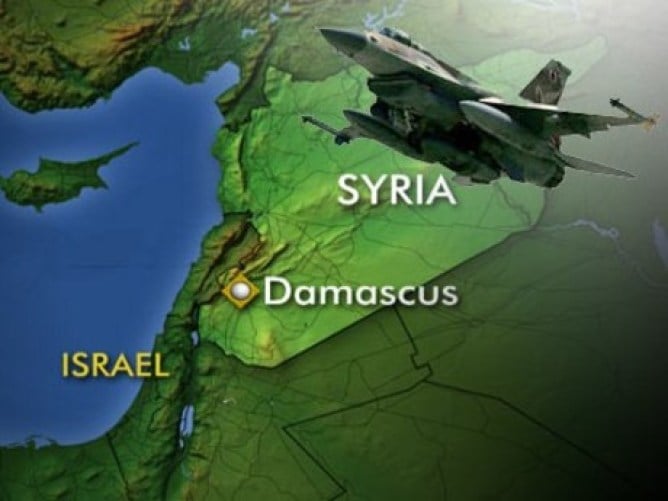 Editor’s Comment: It is obvious that something else is afoot in Syria and Iraq. ISIS was created for a purpose, and it is becoming more clear that the creation of an entirely new nation-state is underway, that is if Putin isn’t able to stop it from coming to fruition.

In a normal world, these shaky alliances – which has included creating and funding terrorists who have attacked our own country – would be tantamount to treason and collusion of the highest order. But through the lens of American foreign policy, it is serves a higher purpose for the greater good, and cannot be questioned by domestic dissenters.

US Has Secret, “Non-Negotiable” Plan To Send 100,000 US, Saudi Troops To Iraq, Lawmaker Claims

That rather alarming declaration comes from outspoken Iraqi lawmaker Hanan Al-Fatlawi. Not known for holding her tongue, the Shia MP inflamed sectarian tensions with her eye for an eye tirade in the summer of 2014, prompting Diana Moukalled, the Web Editor at the Lebanon-based Future Television to pen the following sharp rebuke:

No one will be safe from the worsening situation in Iraq; and many parties are guilty. But for the prime minister [ZH: al-Maliki at the time] and MPs from his coalition to turn the bloody discourse of sectarian violence into an official language is a major moment in history, 10 years into the experiment that is the new Iraq.

In another infamous TV appearance turned ugly, the firebrand lawmaker was once accused of being an Iranian puppet by a Sunni tribal leader from Anbar (where Iraq is now fighting to wrest control of Ramadi from ISIS). “You should be ashamed of yourselves, a quarter of you came from a broad and you sold Iraq. We don’t know you; who are you? we don’t know your origins. We are not leaders of parties or militias, we are tribal leader and we speak for the people.” he said.

In January, Fatlawi withdrew from Maliki’s State of Law coalition to form her own political movement called Irada (Arabic for “will”). She’s also suggested – as has Iran – that the US is secretly supporting Islamic State. Here’s an interesting excerpt from an article Huffington Post ran back in March:

“A lot of events happened in multiple places supporting the opinion that the U.S. in one way or another supports ISIS — giving them food or arms,” Hanan al-Fatlawi, an outspoken Shia member of parliament, said by phone. She has publicly stated that the United States may be secretly throwing its weight behind the extremist Sunni militants who have violently seized control of large swaths of Iraq and Syria. She points to a blast in the restive Anbar province, where Sunni tribesmen are battling ISIS, that killed dozens of Iraqi troops, saying that it was the Americans who killed them. She’s not alone in her views.

“Many people in Iraq believe me,” she explained. “They believe that ISIS is probably a baby of the USA or a baby of Israel.”

Al-Fatlawi says she’s suspicious of U.S. involvement in the battle to retake Tikrit that stalled 10 days ago. While Iraqi officials cited the need for more well-trained reinforcements to help clear the heavily booby-trapped city, she has a different story: The United States made Iraqi forces halt the offensive to help ISIS, or so that the Americans could swoop in and save the day, claiming victory as their own.

Most of all, Al-Fatlawi says, she just can’t believe that the United States, with all of its weaponry, military intelligence and international sway, would have this much trouble taking out ISIS. It just doesn’t add up, she says.

Well now, Fatlawi contends that according to “information [she] has from inside the meeting,” John McCain last month told PM Haider Al-Abadi that the US, Saudi Arabia, Qatar, and the UAE are set to send in a total of 100,000 troops to Iraq. Here’s a screenshot of Fatlawi’s Facebook post:

And here’s RT with a bit more:

During a meeting in Baghdad on November 27, McCain told Prime Minister Haider Abadi and a number of senior Iraqi cabinet and military officials that the decision was ‘non-negotiable’, claimed Hanan Fatlawi, the head of the opposition Irada Movement.

“A hundred thousand foreign troops, including 90,000 from Saudi Arabia, the UAE, Qatar and Jordan, and 10,000 troops from America will be deployed in western regions of Iraq,” she wrote on her Facebook page.

She added that the Iraqi prime minister protested the plan, but was told that “the decision has already been taken.”

As RT goes on to note, that may sound far-fetched but it’s not at all inconsistent with what Lindsey Graham (who joined McCain on the trip said in Iraq and what McCain himself said yesterday in the Senate Armed Services Committee hearing with Ash Carter.

From Graham last month: “Saudi Arabia, Egypt, Turkey – they have regional armies and they would go into the fight if we put [the removal of] Assad on the table. Most of the fight will be done by the region. They will pay for this war.”

From McCain on Wednesday: “A small component of American forces with international forces, which could be gathered and then go in and take out this caliphate. If we went in with a large Arab force, with Turks and Egyptians even … there’s 20,000 to 30,000 of them [ISIS fighters], they are not giants.”

Well guess what? The Turks are already there. They arrived with two dozen tanks near Mosul last Friday.

“I’ve personally reached out to 40 countries,” Carter told the committee, which is ironic because that’s the exact same number of countries Putin says are supporting ISIS. Here’s WaPo:

He specifically named the Gulf states, including Saudi Arabia, and Turkey as needing to put more skin in the game. Turkey, Carter said, “must do more” to control its long border with Syria that many ISIS fighters cross undetected, and criticized Saudi Arabia and the Gulf states, which had joined “only the air part” of the anti-ISIS campaign in its early days, for becoming “preoccupied” by the conflict in Yemen since.

Yes, “preoccupied” with the conflict in Yemen, which is of course just a proxy war between Riyadh and Tehran, as is the war in Syria. Interestingly, were the Saudis, the UAE, and Qatar to get overtly (as opposed to the covert support they already provide to various Sunni extremists) involved in Iraq, it would be yet another attempt to rollback Iranian influence.

As we’ve said all along, all of these conflicts are part and parcel of a Mid-East power struggle between Russia and Iran on one side, and the US, Saudi Arabia, and the Gulf states on the other (see here, here, and here). Recall this map which shows Moscow and Tehran encircling the Saudis:

ISIS is simply everyone’s excuse for participating in what amounts to a world war. All that’s needed to take the “proxy” out of this regional proxy war is for Iran to get overtly involved in Yemen, for Russia to get the airstrike invite from Baghdad, and for the Gulf states to bring planes and troops to Iraq.

You can see why a Shiite lawmaker in Baghdad would be hypersensitive to a plan that allegedly involves an invasion by 100,000 US and Gulf troops.