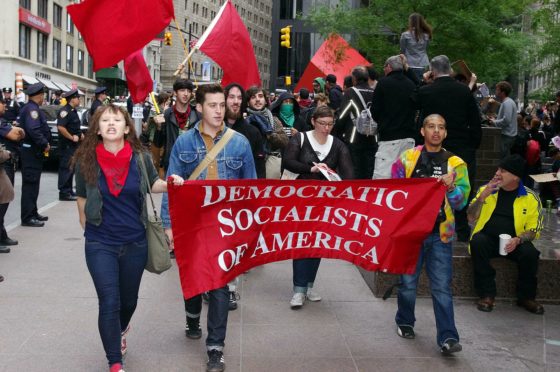 As the middle class disintegrates and poverty grows, more Americans than ever are becoming dependent on the government just to survive. Today, we live in a country where most workers do not earn enough to support a middle class family, and we are seeing the homelessness crisis spiral out of control in major cities on both coasts. During this election cycle, many conservatives have been freaking out that an increasing number of Democrats are openly embracing socialism, but the truth is that we are already most of the way to becoming a socialist country. In fact, as you will see below, more than half of all Americans currently receive more money from the government than they pay in taxes. We have become absolutely addicted to government money, and this is one of the major trends that is eating away at our nation like cancer.

The government is not supposed to take care of us from the cradle to the grave.

Rather, our founders understood that the proper role of government is to create and protect an environment of liberty and freedom where we would be empowered to take care of ourselves.

Today, most Americans cannot independently take care of themselves, and that makes them dependents. And when you are a dependent, you aren’t really free.

One of the reasons why I write so much about the decline of the middle class is because it is an existential threat to our way of life. If you look around the world, or if you go back through history, you will see that tyrannical regimes tend to thrive when populations are poor and cannot stand up for themselves. If we want our Republic to survive, we need a strong, independent population that is not economically dependent on the government. That is what we had throughout most of our history, and that is now what we are rapidly losing.

Just because you are working does not mean that you are independent. At this point, most jobs do not pay enough to support a middle class family, and the ranks of the “working poor” continue to explode. In reality, Americans are working harder than ever in 2018, and yet things continue to deteriorate.

–Over half the country now receives more in government transfer payments than they pay in taxes.

-According to one recent survey, the cost of living is higher than the median income in 42 U.S. states.

–62 percent of Americans say that their financial situations have not improved since the last presidential election.

And here are six more from my friend Alan Yerushalmi…

If things are this bad now, how dreadful will the outlook be once we are deep into the next recession?

History has shown that once national governments begin to expand in size, they usually keep expanding until they ultimately collapse.

Sadly, a large portion of the population has become convinced that the government should be in the business of handing out as much “free stuff” as possible. Housing, healthcare and college education are now being called “human rights”, and tens of millions of our fellow citizens feel that they are entitled to be given these things by the government. Needless to say, this has chilling implications for the future of our country, and I really like how Ryan McMaken made this point in his most recent article…

The political implications of this are considerable. As Ludwig von Mises once noted, once we get to the point that a majority of the voting population receives more in benefits than it pays in taxes, then voters will demand more and more wealth be transferred to them through government programs. It will then become politically necessary to extract larger and larger amounts of wealth from a minority in order to subsidize the majority.

Market economics will become less and less popular because the voters will have realized they can — in the words of James Bovard — “vote for a living” instead of work for a living.

We have been on the greatest debt binge in human history, and that debt binge delayed our day of reckoning, but it did not cancel it.

In fact, one of my contacts just emailed me with some deeply troubling information. He has a customer that is a Bank of America board member, and that board member told him that they expect things to really start falling apart by late March “at the latest”. This is word for word what my contact told me…

“I had a customer this past Saturday who was a very high ranking Bank of America board member, and she said in the meetings, they expect late March, at the latest, that things will really start to disintegrate fairly quickly or very quickly. That was AT THE LATEST she said.”

When I say that “dark days are ahead”, I am not using hyperbole. We really have reached a turning point, and things will never be the same again.

The relentless march of time is inexorable, and eventually the clock runs out for everyone. America has been living on borrowed time for quite a while, and a perfect storm is looming on the horizon.

The Last Days Warrior Summit is the premier online event of 2018 for Christians, Conservatives and Patriots.  It is a premium members-only international event that will empower and equip you with the knowledge and tools that you need as global events begin to escalate dramatically.  The speaker list includes Michael Snyder, Mike Adams, Dave Daubenmire, Ray Gano, Dr. Daniel Daves, Gary Kah, Justus Knight, Doug Krieger, Lyn Leahz, Laura Maxwell and many more. Full summit access will begin on October 25th, and if you would like to register for this unprecedented event you can do so right here.