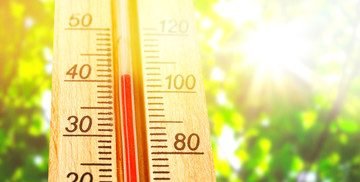 The Pacific Northwest is experiencing a multi-day heatwave that we said last week would be “historic.” The unrelenting triple-digit temperatures shattered records across the region and have stressed out power grids where rolling blackouts have been reported.

Avista was the first major utility to report rolling blackouts in the Northwest region, and with positive temperature anomalies to linger through the week, it may not be the last.

Avista has never “experienced this kind of demand on our system and this kind of impact to our system,” Heather Rosentrater, senior vice president of energy delivery at the utility company, told reporters during a press conference Monday. She called the weather event “very unprecedented.”

As we noted last Friday, “a “historic” heatwave was set to transform the Pacific Northwest into a furnace this weekend. It has the potential to shatter long-standing temperature records.” And that is precisely what it did.

Major metros, such as Portland and Seattle, broke record highs by huge margins as positive temperature anomalies reached between 30 to 40 degrees.

Portland hit 116 degrees by Monday afternoon, the highest temperature in more than eight decades of record-keeping. It was the third day of triple-digit temps.

The Pacific Northwest is a region where many people lack central air conditioning and experiencing multiple days of triple-digit weather is hazardous for health.

Bob Oravec, a senior branch forecaster with the U.S. Weather Prediction Center in College, said it’s unheard of to have temperatures in Portland and Seattle hovering in triple-digit territory. “That just doesn’t occur.”

“Tuesday will likely be the hottest day in recorded history for many sites across the Inland Northwest,” the National Weather Service in Spokane warned.

Electricity prices at a Pacific Northwest jumped 435% to $334.22 a megawatt-hour on Monday.

So with sizzling temperatures forecasted for Tuesday, rolling blackouts might expand as power grids in the region are stretched.