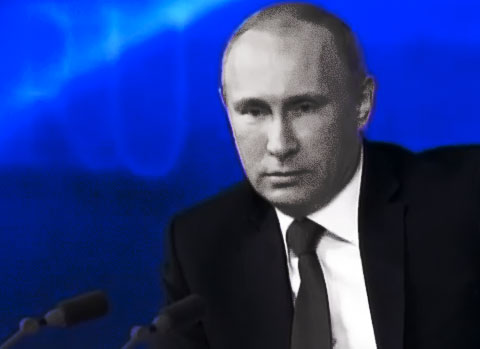 With the ruble free falling value, and the Russian economy in serious trouble, Putin took to the stage in an end of year speech, boldly proclaiming that Russia would recover from its economic woes within a few short years, and hanging blame on “external factors.” He expressed his intention to diversify the economy, now heavily dependent on oil and gas, and under attack on the volatile international market.

Putin was branded by many as ‘defiant’ in the 3 hour press conference, accusing the U.S. of being an empire and blaming it for the ongoing Ukraine crisis. He even speculated on the possibility of an internal coup in attempt to oust him, despite his widespread popularity and heavy handed tactics.

“Are we the ones moving troops towards the U.S. or other states borders? Who moves NATO bases and military infrastructure towards us? Not us. Does anyone listen to us? Has anyone been having some kind of dialogue with us on that? No one. We always get the same answer: this is none of your business. Every country has the right to choose its way in ensuring its security. OK, but in that case, we will do the same.

Ahead of the speech, a Russian TV promo for the annual speech strangely boasted that “The bear never asks permission,” drawing further sharp looks about the messages behind Putin’s posture in the midst of a dramatic economic squeeze during plummeting oil prices, as SHTF outlined recently in Falling Oil Prices Could Cripple ‘Vulnerable’ Russia, Trigger World War III.”