Gerald Celente: This is Going to be Violent

Former Arkansas Senator William Fulbright: We must dare to think about the unthinkable things, because when things become unthinkable, thinking stops and actions become mindless. 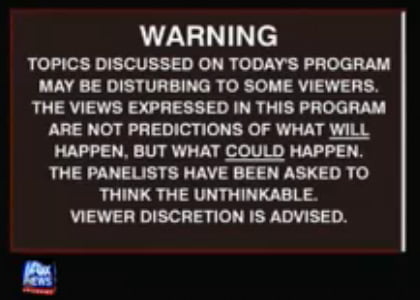 It’s going to be serious.

Moore: We became (by 2014) consumed by debt, runaway government spending, a credit rating that’s just been crushed by the overwhelming amount of debt and taxation.

Why couldn’t this same scenario unfold in the USA? And if it does, what will you do to protect yourself and your family?

Because the paper money doesn’t mean anything. You can’t print cheap money based on nothing.

Beck: What is worth something?

Celente: I’m right on the same page. We’re creating a scenario for the future that’s happening in the present. that’s what tracking trends is – a way of understanding where we are, seeing how we got here, and looking where we’re going. This is unprecedented.

It’s been repeated over and over, especially by doom and gloom forecasters like Gerald Celete, Peter Schiff, Marc Faber and Jim Rogers. When the SHTF, gold and silver will be the only investment that can preserve your wealth.

Glenn Beck: What happens to the people when you start taxing [to pay off all of our current spending]?

Gerald Celente: Tax Revolts. We all heard it on CNBC yesterday. This is going to be violent, people can’t afford it anymore. Look, cities are going to be like Dodge City. They’re going to be unctrollable. You’re not going to have enough police to control the situation.

Watch Gerald Celente on FoxNews with Glenn Beck (Part 1 of 3):

Watch more of the Glenn Beck show with Gerald Celente and other guests (Part 2 of 3):