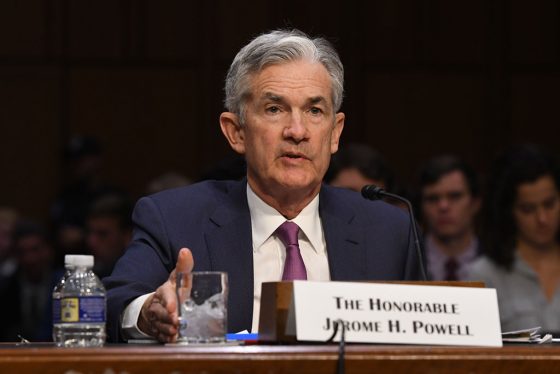 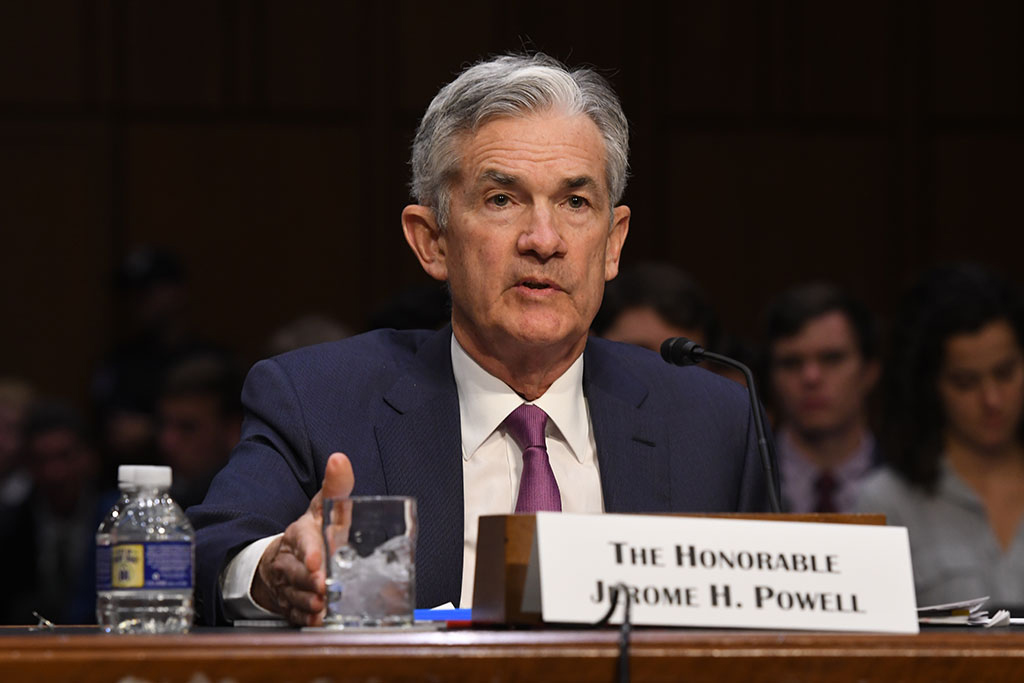 It’s happening again.  Just like last time around, the head of the Federal Reserve is telling us that there won’t be a recession even though all of the evidence suggests otherwise.

Just before the recession of 2008, Federal Reserve Chair Ben Bernanke told the country that “the Federal Reserve is not currently forecasting a recession”, and shortly thereafter we plunged into the worst economic downturn since the Great Depression of the 1930s.  This time, it is Federal Reserve Chair Jerome Powell that is attempting to prop things up by making positive statements that are not backed up by reality.  Speaking to a group at the University of Zurich, Powell insisted that the Fed is “not at all” anticipating that there will be a recession…

Federal Reserve Chairman Jerome Powell said Friday that he doesn’t “at all” expect the U.S. to enter a recession, though he hinted the central bank will likely cut interest rates as expected this month.

“Our main expectation is not at all that there will be a recession,” Powell said in a panel discussion at the University of Zurich.

Meanwhile, things are literally falling apart all around us.  Just a few days ago, I put together a list of 28 data points that clearly indicate that a recession is imminent, and since then we have gotten even more bad news.

For instance, we just learned that Fred’s will be filing for bankruptcy and closing more than 500 stores…

Discount merchandise retailer and pharmacy chain Fred’s filed for Chapter 11 bankruptcy Monday with plans to close all of its stores.

The company plans to liquidate its assets, punctuating a swift collapse of its operations that involved a cascading series of store closures in recent months.

At this point, U.S. retailers have announced the closing of more than 8,200 stores in 2019, and we are going to break the old record for store closings in a single year by so much that the term “retail apocalypse” just doesn’t seem sufficient to describe the scale of what we are witnessing any longer.

Many are blaming “the Internet” for this colossal wave of store closings, but is “the Internet” also responsible for the transportation recession that has already started?

According to Zero Hedge, on a year over year basis heavy-duty truck orders were down 69 percent in June and 80 percent in July…

As heavy-duty truck orders collapse, suppliers, such as ones who produce transmissions have predicted that the outlook for sales this year will be horrible.

And as global trade continues to plummet, one of the biggest shipping companies in the entire world has “temporarily suspended” one of their main routes…

Growth in the world continues to collapse into late summer, so much so that Maersk and Mediterranean Shipping Company (MSC) had to “temporarily suspend” their AE2/Swan Asia to North Europe loop until mid-November, removing 20,000 twenty-foot equivalent unit (TEU) a week from trade, reported The Loadstar.

None of this would be happening if economic conditions were good.

So let’s stop with the nonsense.  Fed Chair Jerome Powell can deny reality all that he wants, but that isn’t going to change anything.

There are some people out there that are still finding solace in the fact that the official unemployment number in the U.S. is still so low.  At just “3.7 percent”, it is the lowest that it has supposedly been in decades, but most people don’t realize that it has also been highly manipulated.  It doesn’t include tens of millions of people that are working part-time for economic reasons, that are working temporary jobs or that are part of “the missing labor force”.

John Williams of shadowstats.com compares the official employment numbers to what they would look like if honest numbers were being used, and his figures tell an entirely different story.

According to Williams, the “real” rate of unemployment in the U.S. was hovering around 12 or 13 percent prior to the last recession, and then it shot up above 20 percent and has stayed there ever since.  In fact, the alternate unemployment rate on shadowstats.com is currently sitting at 21.2 percent.

So that would suggest that we have never even come close to recovering from the last recession.

But of course “3.7 percent” sounds so much better than “21.2 percent”, and millions of Americans have completely bought into the false narrative that unemployment has been steadily falling since the early days of the Obama administration.

Unfortunately, we live at a time when a lot of people don’t want to hear the truth, and “reality” is defined by whoever has the biggest spin machine.  Americans are more deeply divided than ever, and there is very little agreement on the direction that our country should go.  Meanwhile, economic conditions are deteriorating a little bit more with each passing day and it has become exceedingly clear that a new crisis is upon us.  And this new crisis has arrived at a time when our debt bubble is larger than it has ever been before.  In fact, one expert has calculated that our total debt burden is now “running close to 2,000% of GDP”…

Total potential debt for the U.S. by one all-encompassing measure is running close to 2,000% of GDP, according to an analysis that suggests danger but also cautions against reading too much into the level.

AB Bernstein came up with the calculation — 1,832%, to be exact — by including not only traditional levels of public debt like bonds but also financial debt and all its complexities as well as future obligations for so-called entitlement programs like Social Security, Medicare and public pensions.

There is no way that this is going to end well.

The two major political parties will continue to relentlessly fight with one another, and it will mostly be about really silly stuff.  But as they fight, our nation is literally steamrolling into oblivion, and there appears to be very little hope of avoiding our fate at this point.

Michael Snyder is the author of The Rapture Verdict

. You are never going to look at The Book Of Revelation the same way again! The worst times in all of human history are coming, and what Michael Snyder has uncovered is this book has dramatic implications for every man, woman, and child on the entire planet. The Rapture Verdict is likely to become one of the most controversial Christian books in decades, and it addresses many of the hottest questions being debated today.

The amazing discoveries and ominous warnings that he shares in this book are going to shake the Christian world to the core. The Rapture Verdict is both a chilling warning and a deeply inspiring message of hope. If you want to be on the cutting edge of what God is doing in these last days, then this is one book that you cannot afford to miss. Michael T. Snyder is a former Washington D.C. attorney who now spends his full-time researching, writing, speaking, and publishing The Economic Collapse Blog.