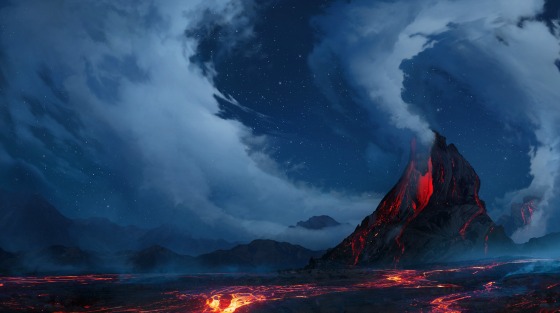 Known as the “Great Dying,” hardly any species survived the Great Permian Mass Extinction event. And now, scientists have made a scientific breakthrough about what actually triggered this event.

This apocalyptic and ancient incident wiped out more than 95 percent of marine life and 70 percent of land animals. Catastrophic environmental changes also resulted from the mass extinction and scientists now know that Siberian volcanoes set the whole thing into motion.

Scientists at New York University (NYU) have discovered new evidence to show that the Great Permian Mass Extinction was caused by massive volcanic eruptions. By analyzing rocks, researchers have discovered evidence for a global spike in the element nickel at the time of the extinction. Using an Inductively Coupled Plasma Mass Spectrometer, which measures the abundance of rare elements at their atomic level, the scientists documented anomalous peaks of nickel in regions ranging from the Arctic to India at the time of the Great Permian Extinction. They say this is most likely to have come from huge volcanic eruptions, as rocks formed from cooling lava contain some of the biggest nickel deposits on the planet.

NYU geologist Michael Rampino explained that exploding volcanoes in Siberia likely caused intense global warming, which was recorded in the oceans and on land during the extinction. The eruptions would have also released huge amounts of greenhouse gases, carbon dioxide, and methane leading to the extinction 252 million years ago.

Sedelia Rodriguez, an Environmental Science lecturer at Barnard College, hopes the research will help scientists determine whether another mass extinction of this kind could happen again. “We hope to learn more about how these events trigger massive extinctions that affect both land and marine animals,” said Rodriquez. “Additionally, we hope this research will contribute to determining whether an event of this magnitude is possible in the future.”