Another Earthquake Swarm: ‘These Types Of Swarms Are Common In ACTIVE Volcanoes’ 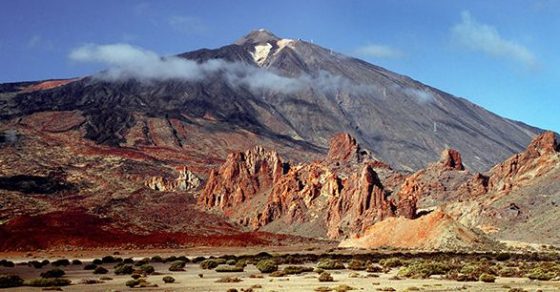 Twenty-two earthquakes in four days have rocked a famous tourist location. This recent swarm has sparked more fears that yet another volcano could be on the verge of erupting.

Mount Teide last erupted in 1909 and is the highest mountain in Spain and a huge tourist attraction. The flurry of tremors struck the village of Vilaflor on the slopes of the 12,000-foot mountain volcano between October 28 and October 31. Mount Teide’s summit is the highest point in Spain and a major tourist attraction located in the Canary Islands. Mount Teide boasts around three million tourists visiting every year.

Several days ago, officials were monitoring a separate volcano on the Canary Islands after thousands of earthquakes rocked the La Palma island sparking fears that the Cumbre Vieja volcano would violently erupt soon. The Volcanological Institute of the Canary Islands (Involcan) have been trying to calm people over the fears that Cumbre Vieja or Mount Teide could explode.

All of the quakes near Mount Teide were relatively minor, however, with the most powerful tremor recording a magnitude of 1.4. That quake was recorded as striking at 11.05 am local time (11:05 GMT, 06:05 GMT) on Tuesday morning. But, they all took place directly beneath the surface of the volcano. According to Oregon State University, most earthquakes directly beneath a volcano are caused by the movement of magma and that places pressure on the rocks until it cracks the rock. Magma then moves into the crack and begins building pressure again. Every time the rock cracks it makes a small earthquake.

But scientists are saying that there’s still time and that everyone should remain calm. “This swarm is similar to the other Seismic Swarms Recorded in Tenerife since last June 2017 and as always important to emphasize, it does not represent any kind of concern to the population,” a representative wrote on their Facebook page. “These types of swarms are common in active volcanoes,” they wrote, explaining that it was caused by changes in the pressure in the hydrothermal system.

Lucan Duria, a physicist and volcano monitoring expert at Involcan told MailOnline there are normally two or three earthquakes every day near Mount Teide, so there was “nothing special” about recent activity.

But with all of the earthquakes swarms occurring across the globe right now, many are rightly concerned that a volcanic natural disaster coupled with an earthquake could be next.