Airport Systems Crashed Worldwide, Could A Power Grid Failure Be Next? 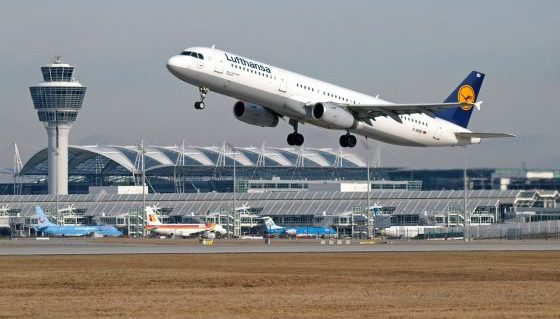 Airport computer systems crashed around the globe today. The crash caused passenger delays, angst, and fright among travelers, but a more ominous question has arisen in light of this glitch. Could the next failure be a worldwide power grid outage?

Thousands of travelers were grounded today when a computer glitch took down check-in systems at more than 100 airports worldwide. The crash left passengers waiting in long lines at counters while trying to check-in for their flights. T Amadeus Alta, the company that provides the software, confirmed it is experiencing a “network issue that is causing disruption,” The Telegraph reported.

The glitch affected even massive airports,  such London’s Heathrow International Airport, Charles de Gaulle Airport in Paris, and Ronald Reagan International Airport in Washington, D.C. “Technical teams are working on the problem, services are gradually being restored,” the software company said. After a few hours, officials at Gatwick and Heathrow airports said their systems were “back up and running” after the “momentary IT glitch,” adding there may be a delay due to the outage.

A statement on the glitch read, “A small number of airlines are currently experiencing intermittent issues with their check-in systems at airports around the world — including at Heathrow.” It continued, “Passengers will still be able to check-in for their flight, although the process may take slightly longer than usual.”

Passengers took to social media to complain about the crash.

The @Qantas check in system down. Massive queues in Hong Kong. Not sure why they can't get this right pic.twitter.com/lrL5jUzVEN

What is going on @HeathrowAirport with @ThaiAirways checkin, this is quickly becoming a joke!

According to Fox News, it is still unclear when all the systems will be back up and running, but it begs the question: what if a power grid failure is next?

It isn’t like it’s never happened, but it may only be a matter of time before it occurs on a massive scale.

In December of 2015, 230,000 people in Western Ukraine lost power after 30 substations were mysteriously shut off. Contrary to what most people assumed at the time, this wasn’t an innocuous power outage. The authorities would later admit that the loss of power was caused by a cyber attack, which marked the first time that malware was successfully used to attack a power grid. A similar, albeit more sophisticated cyber attack, occurred one year later just outside of Kiev. Given the current tensions between Russia and Ukraine, it’s widely believed that the Russian government was responsible for these incidents.

However, there’s more to this story than meets the eye. A computer security company has been investigating these attacks, and has discovered the malware that was used to take down the grid. They’ve found that it’s far more dangerous and easier to use than anyone realized before. –Ready Nutrition

It may not necessarily be malicious malware that takes down the grid either.  Even solar flares can cause some incredibly intense issues.

Most policy makers have not taken the threat of an earth-directed solar flare seriously, even though a senior member of the Congressional Homeland Security Committee recently warned that there is a 100% Chance of a Severe Geo-Magnetic Event Capable of Crippling Our Electric Grid.

If such an event were to happen Congressman Roscoe Bartlett, who has advised people to develop individual preparedness plans based on the threat of massive solar flares or electro-magnetic pulse detonations, says that it would take upwards of 18 months to bring the grid back online because of a decaying national infrastructure. –SHTFPlan

With the crash of the airport system affecting people worldwide, imagine how much chaos would ensue should the power grid go down over most of earth. Preparing for the worst case power grid failure may give you that small chance you need to make it through.