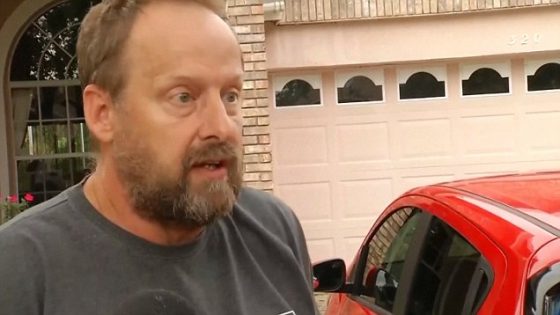 By now, most have seen the extremely awkward and often downright uncomfortable interview with Stephen Paddock’s brother. Paddock is the supposed gunman who killed 59 people and wounded over 500 more when he open fired on a crowd at a country music concert in Las Vegas, Nevada.

ISIS and Antifa have both claimed responsibility for this shooting, however, it doesn’t appear that either of those can be validated at this time. Without a motive, many have been left pondering the possibility of this being a false flag. Keep in mind, the definition of a false flag does not mean that the incident never happened. It means blame is being shifted to someone else for the atrocity.

False flag operations are covert operations conducted by governments, corporations, or other organizations, which are designed to deceive the public in such a way that the operations appear as if they are being carried out by other entities.

But the body language during the interview with Paddock’s brother, Eric, was awkward at best and is adding more fuel to the fire of possibility. A body language analyst takes on the interview, and the first thing noticed that the way that he is “bobbing up and down” should have been the primary clue that something is not right here.

Not all is as it seems with this shooting. Many things are out of place and the evidence that someone is covering up the real motives for this is compounding.

The body language analyst says that early in the video it’s fairly obvious that Eric did not really care for his brother Stephen, but he is in true disbelief that the shooter was his brother. Yet she feels that the “political” motive, based on body language, is more likely than a religious motive.

The analyst does say that she feels that Eric is being deceptive, and maybe not in a huge way, but using “lawyer speak” to slightly change the narrative. Eric could be covering for a possible political motive but it is hard to say.

His body language is strange and he did react with odd mannerisms reminiscent of a child. The most important piece of information relayed was that Eric may not have liked his brother all that much and there may be some deception about Stephen Paddock’s political affiliations. He also had a rather lackadaisical reaction when he mentioned his brother was dead, which could have helped had the analyst expanded upon more in the video to give an idea as to just how distant these two brothers were.