What the Hell Was That? Space Station Feed Catches Mysterious Object Hovering Over Earth

by Contributing Author | May 12, 2016 | Conspiracy Fact and Theory, Entertainment | 86 comments 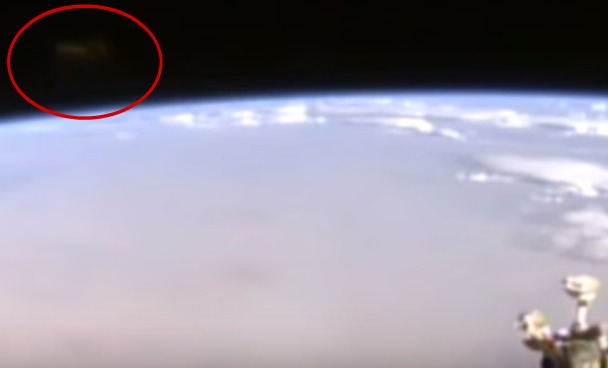 Editor’s Comment: You gotta wonder what is really going on. One thing is clear: NASA and the government aren’t going to tell us anything remotely close to the truth. What in the hell is up in orbit around the earth? Are we seeing evidence of extraterrestrial life and visitation, or secret space operations with vehicles never disclosed to the public? Or something else?

Personally, I have no idea, but this video doesn’t look like it can be easily explained by camera tricks or video noise/distortion. What do you think?

How many times have we seen this recently?

This is the live feed from the International Space Station (ISS). The sun is actually behind the ISS, so it can’t be chalked up to a lens flare.

It seems like these things are happening more and more and more lately… Surprised NASA didn’t cut the footage like they did last time.