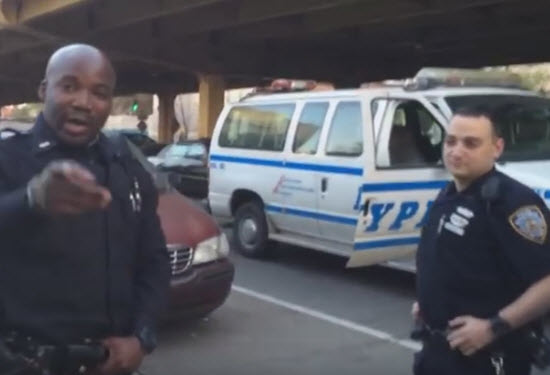 Editor’s Comment: When people are too lazy and complacent to stand up for their rights, tyranny creeps right in. Despite the fact that police abuses have been in the spotlight during the past few years, little has been done to reassert the basic and cherished rights of free speech and privacy. In fact, the 4th Amendment has been totally trashed by the NSA, the TSA and quite possibly your local police department and law enforcement community.

Refuse searches without warrant, or even a basis of suspicion. Don’t cooperate with fishing expeditions or attempts to condition slave-like masses at public events. Take a page from this guy – who put police in their place right away, and spared no time for niceties or politically correct language. And guess what? The cop respected his stand and realized the wisdom in backing off.

“Honor Your Oath, Scumbag!”: Watch This Unlawful Search by Police Get Defeated in Just 7 Seconds

Sick and tired of beings asked for papers, please or other Fourth Amendment violations when you, as an innocent citizen not suspected of any crime other than walking down a city street, are just trying to mind your own business?

Well, so is this guy.

This video is brief and to the point.