Look Up: A Spoken Word Film: “This Media We Call Social Is Anything But” 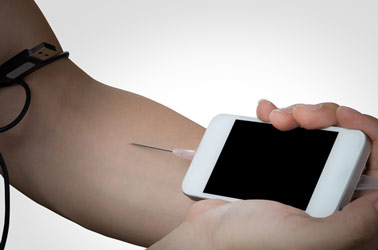 Watch the following video… and then turn off your internet device and walk away.

So look up from your phone, shut down those displays

We have a finite existence, a set number of days

Don’t waste your life getting caught in the net

As when the end comes nothing’s worse than regret

Look up from your phone

Shut down your display

And live life the real way

Look Up by Gary Turk