We Have Reached A Point of No Return: “The Time For Warning People to Prepare Is Over” 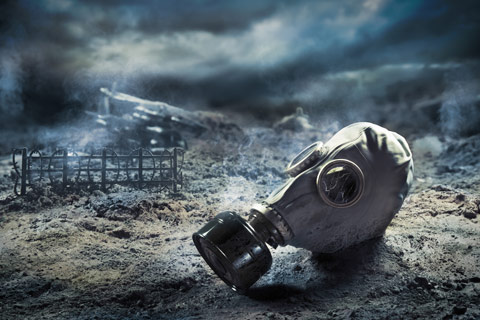 Editor’s Comment: FEMA, Homeland Security and the military have prepared already for what is coming. The question is: why haven’t you?

If you’re answer is anything other than confirmation of the fact that you have been preparing, then you have ignored the warning signs, and probably have given up on your chances for surviving into the next era of civilization. There are more than enough reasons to prepare: economic collapse, martial law, riots, civil unrest, the collapse of the dollar, the disintegration/insolvency of government institutions, and the potential for all manner of natural disasters, false flags and foreign attacks. So why haven’t most prepared to avoid what could come any time this year or in the near future?

Most people are psychologically so-tied to the system that they can’t imagine living out from under it – and are unable (and perhaps unwilling) to take action. Unlike this group in most respects, those that have prepared are already mostly oriented towards freedom, self-reliance and a life outside of the mainstream system. The truth is that what is coming won’t spare anyone based on their philosophy – either one is prepared, or one is not.

Whether you agree with the mindset behind it or not, you’d be crazy not to prepare – and protect to the best of your ability – your family, your own life and your property. If you’re serious about getting ready, but aren’t sure what step to take next, then you need to read: The Prepper’s Blueprint: The Step-by-Step Guide to Help You Prepare For Any Disaster. Waiting any longer than you already have is no longer a justifiable position.

Is the time for warning people to prepare for what is ahead coming to an end?  For years, bold men and women all over America have been sounding the alarm and warning people to get prepared physically, financially, mentally, emotionally and spiritually for the great storm that is rapidly approaching.  Personally, I have written more than 2,500 articles on my primary two websites combined, and so nobody can accuse me of not blowing the trumpet.  It has gotten to the point that sometimes I am even tired of listening to myself warn the people.  But now we are shifting into a new phase.

The other day I was reflecting on some of the things that I have been hearing lately.  Sales of emergency food and supplies are way down across the entire industry.  Many organizations and websites that have been instrumental in sounding the alarm for a long time are really struggling right now.  On my websites, traffic has hit a bit of a plateau after experiencing a tremendous surge late last year.  Overall, “prepping” was very hot just a few years ago, and at one time it was estimated that there were approximately three million “preppers” in the United States.  But these days there seems to be a tremendous amount of apathy out there.

As I reflected on all of this, I came to one inescapable conclusion.

I personally know a lot of people that are very, very prepared and have been for a long time.  Yes, there is still a small minority of people out there that only recently woke up and started prepping, but overall most of the preparation that people wanted to do has already been completed.  And for those that have not done anything to prepare, you could argue with them until the moon turns to cheese and they still won’t take any action.

So now all that is left is to wait for the shaking to begin.

In looking back at what has transpired over the last several years, I think that it would be appropriate to say something about the failure of the church in America.

You see, if the churches of America were doing their job, all of the “watchmen” out there would not even be needed.  Our voices would simply be lost in a chorus of thousands upon thousands of pastors, teachers, ministers and evangelists boldly warning people about what is coming to this nation.

But instead, there is just deafening silence coming from most of the mainstream churches.

The sad thing is that many, many church leaders understand very clearly what is coming, but they have purposely chosen not to warn the people.  Some time ago, George Barna conducted a study that looked into why our churches are not addressing the key issues of the day, and what he discovered was absolutely astounding…

“‘What we’re finding is that when we ask them about all the key issues of the day, [90 percent of them are] telling us, ‘Yes, the Bible speaks to every one of these issues,” he explained. “Then we ask them: ‘Well, are you teaching your people what the Bible says about those issues?’ and the numbers drop…to less than 10 percent of pastors who say they will speak to it.”

Most churches in America don’t want to talk about the hard things, because they desperately want to make people feel comfortable.  They want to entertain people and make them happy so that they will come back week after week and drop their money into the offering plate.

When it comes to defining success as a church, Barna found that there were five primary factors that were important to the majority of pastors, and none of them had anything to do with repentance and salvation through Jesus Christ…

“There are five factors that the vast majority of pastors turn to,” he outlined. “Attendance, giving, number of programs, number of staff, and square footage.”

Sadly, most Christians in America actually prefer these lukewarm churches, and the Apostle Paul warned that these times were coming nearly 2000 years ago.  The following is what 2 Timothy 4:3-4 says in the Modern English Version…

3 For the time will come when people will not endure sound doctrine, but they will gather to themselves teachers in accordance with their own desires, having itching ears, 4 and they will turn their ears away from the truth and turn to myths.

You may not want to hear this, but the majority of churches in America have already gone apostate, and that is the truth.

We are slowly but surely losing an entire generation of Americans, and yet our dead and dying churches just continue to slumber.  I shared the following numbers in a previous article, but they bear repeating.  The following comes directly out of a Pew Research Center report…

Those numbers are absolutely horrifying.  Yes, there are still a few really good churches scattered across the country.  But overall, the church in America is in really sorry shape, and the numbers don’t lie.  Christianity is in rapid decline in the United States, and somebody better wake up and start doing something about it.

Over the years, I can’t tell you how many dead churches that I have sat in.  That is why it is so refreshing when I actually find one where the gospel is preached and where people truly love one another.  I have had the privilege of sharing my message in such a church in recent months, and I wish that there were a lot more of them out there.

Unfortunately, most ministers in America are really busy doing things other than what they should be doing.  For instance, have you ever heard of “clergy response teams”?  If you can believe it, the government has actually recruited ministers to help the population accept martial law when it is declared someday.  The following comes from KSLA News…

Could martial law ever become a reality in America?  Some fear any nuclear, biological or chemical attack on U.S. soil might trigger just that.  KSLA News 12 has discovered that the clergy would help the government with potentially their biggest problem: Us.

Can you believe that?

Here is more from the report…

Such clergy response teams would walk a tight-rope during martial law between the demands of the government on the one side, versus the wishes of the public on the other.  “In a lot of cases, these clergy would already be known in the neighborhoods in which they’re helping to diffuse that situation,” assured Sandy Davis.  He serves as the director of the Caddo-Bossier Office of Homeland Security and Emergency Preparedness.

For the clergy team, one of the biggest tools that they will have in helping calm the public down or to obey the law is the bible itself, specifically Romans 13.  Dr. Tuberville elaborated, “because the government’s established by the Lord, you know.  And, that’s what we believe in the Christian faith.  That’s what’s stated in the scripture.”

I don’t know about you, but I found that article to be extremely chilling.

But this is the state of things in America today.  We have a dead church that is stuffed to the gills with dead ministers, and the people are not being told the truth about the great shaking that is coming to America.

And when the great shaking comes, there will be multitudes of these dead churches and ministries that will go under and never rise again.

Meanwhile, God will be raising up a Remnant, and that Remnant is going to shake the world.