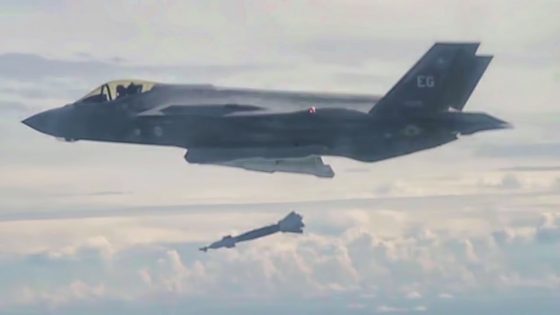 It’s becoming apparent that the United States is getting frustrated with the continued nuclear tests done by North Korea. And to prove it, they dropped live bombs on the Korean Peninsula.

The Pentagon deployed a formation of 14 bombers and fighters over the Korean Peninsula on Sunday. This blatant show of force also included South Korean and Japanese aircraft. This most recent deployment of jets was in response to a missile launched over Japan on Thursday. The missile was the cause for much concern in Japan, and warnings were sent out to those who live on the island.

The U.S. and Japanese jets flew in formation over waters near Kyushu, Japan, a southern portion of the country that is the closest major island to the Korean Peninsula. The aircraft used live bombs to carry out a simulated attack on the Pilsung training range in South Korea, a few dozen miles from the demilitarized zone separating the North and South.

“If North Korea keeps on with this reckless behavior, if the United States has to defend itself or defend its allies in any way, North Korea will be destroyed,” U.S. Ambassador to the United Nations Nikki Haley told CNN in an interview that aired Sunday. “And we all know that, and none of us want that.” Haley also commented that should the U.S. thoroughly exhaust diplomatic options, then all military options are on the table.

This newest show of force comes as President Trump prepared to deliver remarks for the first time today at the United Nations General Assembly. North Korea is expected to dominate in the speech president Trump has prepared for today.