Trades for Surviving After the Collapse 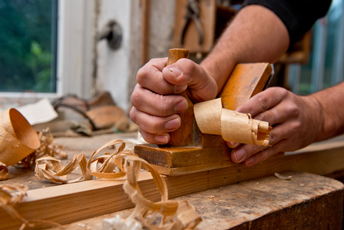 This article was originally published at James Rawles’ Survival Blog. James Rawles is the author of numerous books on the subject of preparedness and survival including the highly informative How to Survive the End of the World as We Know It and his widely popular Patriots: A Novel of Survival in the Coming Collapse.

You have been preparing for the unknown– economic collapse, social unrest, nuclear war, or even just a downsize at work– for quite awhile now. Perhaps you are feeling confident in your ability to survive a catastrophic event by putting to use your survival know-how and stores of food. You even learned valuable gardening skills that will ensure your long-term survival. Now, imagine what life will be like after the collapse for which you have diligently prepared. You will be surviving, but will you be thriving? You will be eating, but will you be contributing to the rebuilding of your region by way of trade, commerce, and productivity? You will be alive and relatively well, but will you be cementing a positive future after a collapse?

There is a divergence of opinion as to what the world will look like after a disaster or collapse. Some survival experts see the population reverting back to a 19th century agrarian-based existence with blacksmithing, cobblers, and tanners making the biggest economic comeback. Others look to the examples of more recent collapses in Russia and Zimbabwe to see that the affected societies did not descend into a near-medieval subsistence but rather adapted their personal trades and subsistence to the heightened government oppression. No one knows exactly the situation society will be facing after a collapse, because that will depend entirely upon the impetus for the collapse itself. A slow and gradual economic decline will present its fair share of hardships but will look nothing like the aftermath of an EMP or nuclear detonation. The focal point for your own preparations will guide your vision of the post-collapse world.

In truth, the two seemingly disparate views can be reconciled if you have a mind geared toward adaptability and diversification. Many lucrative and useful trades can transcend the divide and be profitable to you in the aftermath of any collapse. You might find that you have a knack for one, or hopefully more, of the post-collapse trades in the following list:

Aside from these are many other viable trades one could consider. When you are choosing, think carefully about what you think a post-collapse environment will look like. Though we all share a similar environment now, after a collapse your region and sub-region may look vastly different from someone else’s depending on several factors. Urban versus agrarian regions of the country, for example, will deal with a collapse differently. Areas of the country with populations used to growing or killing their own food will have less call for a produce stand but may have a higher demand for a gunsmith. The point is that each area is different, and you and your trade must be prepared for the specific results after society’s downturn.

First and foremost, take the time now to use your new knowledge in practical ways in your own home and life on a regular basis. Be constantly thinking about how you could adapt your trade to a post-collapse world. Many of the questions you may ask yourself regarding your trade can be applied to a trade in today’s economy: How prevalent is this trade? Is there enough of a market to support this trade? Are there many others out there who can provide this skill or would you have the corner on that particular market? Other questions you should examine would obviously be situation-specific and therefore a bit more difficult to answer: Can you obtain the tools you would need to perform this trade without electricity? In a fuel shortage, how could you maneuver to perform your skill or deliver your goods to others?

Visit SurvivalBlog.com for more preparedness information, commentary and daily news updates. James Rawles is the author of numerous books on the subject of preparedness and survival including the highly informative How to Survive the End of the World as We Know It and his widely popular Patriots: A Novel of Survival in the Coming Collapse.