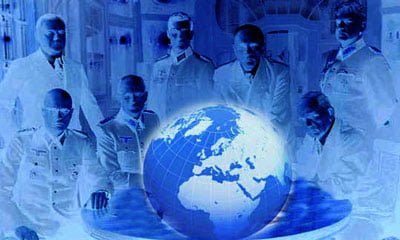 This article and video were created by James Corbett and originally published at his Corbett Report website.

Editor’s Comment: The important decisions are not made by presidents or legislators of either party. They are instructed on policy by their advisors, who hand down decisions made by special interest groups, studies, and calculations formulated by “experts.”

This is a major part of why nothing ever changes – for real – despite the promises of candidates, reformers and “fresh faces.” Like the old faces of oligarchy and burgeoning dynasty (the Jebs and Hillarys of the world), these political tools read the script they are given, and respond to fact presented by appointees who are never elected, and continue in the government industrial complex that has usurped our constitutional republic.

Even if you ignore the immorality of statism and the tyranny of the majority, anyone who believes that voting actually matters is simply ignorant of the deep state and how it uses its intelligence apparatus to monitor and blackmail everyone in a position of political power. sElection 2016 will change nothing.

This article and video were created by James Corbett and originally published at his Corbett Report website.