Survival Imperative: “Blend In… People Will Hate You Even If You Help Them” 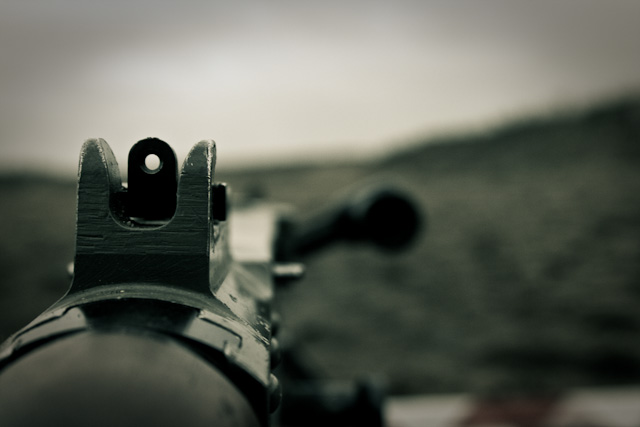 The following article has been contributed by Selco of SHTF School, someone who has experienced the worst that humanity has to offer when he faced one year in hell in the midst of the Balkan War during the 1990’s. His experiences and insights, many of which are shared in his Online Survival Course and community forums, will be invaluable should we ever face a similar collapse in the United States.

It is OK if you think that government is corrupt and incompetent, I think that too.

It is OK to have weapon in your home, and will and knowledge to use it, and it is very good if you think that TV is full of crap.

I think too that S. is gonna hit the fan, and that it makes sense to have bug out location and bug out bag, and lots of cans and ammo.

So we are clear that we agree that all of the above (and lots more) make perfect sense. But one thing does not make sense and that is to let everyone else know that you are thinking like this.

Because it makes you different from (great) majority of folks around you, and what should be one of the basic and first imperatives?

To blend in, to look and be like everyone around you!

Do not ruin your chances to be safe at home even before SHTF.

Since last week we have ongoing discussion if survival in urban environment is even possible at all.

Under some circumstances it is, my experience during war I talk about in my course and how many others survived trapped in cities during war shows it is possible.

But you have to be prepared and do things right even before any collapse happens. Here are some more important things to keep in mind when you try to fly under radar and increase your chances for survival.

Survivalist Hate: From nice guy who helps to guilty man

Did you ever hear of “survivors guilt”? Feeling of being guilty because you survived but many others you know did not. There is something else that can “help” you to not feel that, because it can kill you. It is what I call “survivalist hate” by people around you.

I often read how people want to help other folks when SHTF, and it is really good, but in reality it works different.

I have seen how people robbed man, and his family, torching his house because he had lots of goods (he gave some of that stuff to some folks week before) and by that logic folks said that he knew that S. is going to hit the fan, and he was like guilty for them. People were angry that he prepared but did not tell them.

This is what you can call “survivalist hate”. Think about it, sentences like “he could have warned us” or “he must have stolen this from somewhere, otherwise he would have not that much”. Do not expect normal logical thinking. It does not happen much in normal times and is less in survival scenarios for most common folks.

To be stranger in some area, for whatever reason is dangerous thing when SHTF. Let say for example that you move from your country to some other, permanently, and you want to continue to live there. And you are obviously different from people around you because how you look. It is dangerous place to be when SHTF. In some places just because you are from different race people consider you rich.

Do not be fooled by everyday “ease” now in normal times. You may think that you blend in perfectly, and people like you, you go to the church, contribute to charity etc.

But when SHTF you are going to see that you are outsider, and in some cases you could be even accused for bad situation, and you could be in danger.

Of course it is not always going to be like this, but I saw many times people being attacked in SHTF just because they are different. When SHTF people want to look for guilty people for SHTF, and it is easiest to “find” them in people who are different.

Do not be smartass. This is advice also for normal times of course. For example people here (I guess just like everywhere) are completely addicted to retarded TV shows.

For hours they sit in front of the TV and follow that stuff, and they comment on it everywhere. I never discuss with them my opinion that I do not watch that s..t and that it is retarded.

For them, they believe I watch it too, I am just like them. Now this may look like stupid nonsense example, but it is only example.

I go like that with all other things, very very rarely I go into the discussion with people and try to prove that they are wrong. They deserve to live their life like that and it is OK.

Sometimes when I found man who is worth of “saving” I try to discuss with him my way of living, values, etc. Maybe there is future prepper in him.

Point of this is to understand: there is no sense in going against majority of people around you, you just gonna stick out like that, attract attention, be smart ass because you are trying to go against majority.

Just leave them, blend in, look like everyone around you. It is satisfying for your ego to proof other people wrong when you know better, but what do you win? Nothing and most people do not even want to know any truth that does not fit in their world view.