Stocking Up For Troubled Times, Americans Return to Tradition of “Prepping for the Unforeseen” 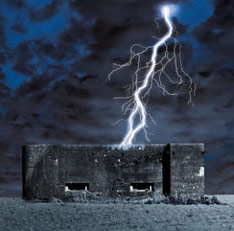 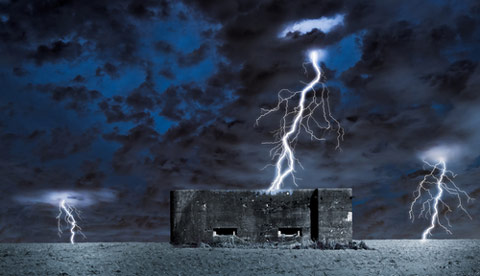 This article was written by Daniel Barker and originally published at Natural News.com.

Editor’s Comment: Hard times are driving Americans back to thoughts about traditional freedom, and the value of self-reliance. The list of scenarios that could put people’s access to food in jeopardy, cut off power to homes, or stir up unrest and riots is too long to review here. Simply put, this is a time of crisis and instability.

The powers that be are gaining in wealth at the expense of the many who are being squeezed. Property rights and ownership are being threatened, and the people are once again becoming serfs under a feudal banker regime. The tipping point could be any number of flash points, and independent minded Americans should take a step back from political sh– stirring and prepare to survive without the fragile and broken system that is destined to fail soon enough. Break away from the system on your terms, not as a hyper reaction to sudden emergency. Face the threats, and get prepared.

Although some still regard prepping to be an activity favored by survivalist “wackos” who fear a cataclysmic Armageddon-style event, more and more American families are beginning to see the value in preparing for a number of possible scenarios in which the stockpiling of food, water and other essentials could prove to be a very wise investment.

The Oxford Dictionary defines “prepping” (in this usage of the term) as:

The practice of making active preparations for a possible catastrophic disaster or emergency, typically by stockpiling food, ammunition, and other supplies.

Prepping runs the gamut from weather events to armageddon

In practice, prepping can range from simply making sure a household has enough basic supplies to survive a temporary power outage or major weather event – such as a hurricane – to preparing for a long-term crisis, such as a massive power grid failure.

A lengthy power grid failure lasting for months (or perhaps years) could be conceivably triggered by a serious solar event or even a cyberattack on the nation’s computer-controlled electrical power infrastructure.

As unlikely as some of those scenarios might seem, they are indeed within the realm of possibility. Other long-term emergencies might include the imposition of martial law due to an economic collapse (which many predict may happen in the very near future) or – god forbid – a nuclear war.

And although many preppers fear the worst, millions of others simply recognize the wisdom of preparing for the unforeseen in the face of a future which appears to be becoming increasingly dangerous and unpredictable.

Prepping does seem to be a peculiarly American phenomenon, and there are perhaps some very good reasons for that. America’s relatively short history is imbued with a tradition of self-reliance based on the realities of surviving in a vast wilderness which often presented formidable challenges, some natural and some man-made.

Just as America’s preoccupation with firearms – for better or for worse – is based on a historical need for them, so is the population’s tendency to focus on self-preservation, a practice founded on the day-to-day lives of its earliest settlers, who faced many hardships in establishing the nation.

To survive the harsh winters and other conditions present in the first centuries of the country’s history, Americans learned the hard way that it was necessary to plan ahead and prepare for the unforeseen. An ingrained distrust of governments and authority figures has also contributed to the attitude that it’s better to rely on one’s self than on nature or someone else to provide the essentials for survival.

This is one of the defining characteristics of the collective American psyche and it explains why so many of its citizens are now beginning to hearken back to the practices of their predecessors who believed, as Benjamin Franklin so aptly put it, “An ounce of prevention is worth a pound of cure.”

Prevention, in this case, means making sure that one is ready to face events in which the essentials for survival are not available at the local supermarket and where the supply of power or water is no longer something that can be taken for granted.

In recent years, many Americans have become entirely dependent on the government, while others remember the lessons learned by those who came before them.

So, while the rest of the world may be tempted to view preppers as a source of amusement or the object of derision and suspicion, there may come a day when it becomes painfully evident that these “wackos” were right all along.

And in true American fashion, these will be the ones who can survive and be able to impart the value of self-reliance to future generations.