Safety First: 5 Ways To Prevent A Burglary While You Aren’t At Home 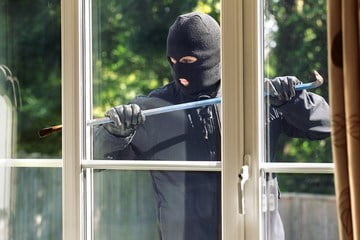 It’s already difficult enough for some who live in dangerous cities to protect their property while at home, but it’s even more difficult when you’re away. There are a few things you can do though, to prepare your property for an extended absence – but first, you must think like a burglar.

In a previous article on the subject, an MSNBC affiliate out of Atlanta sent letters to 86 people who had gone to prison for burglary and asked them a variety of questions about their crimes. Their answers could tell you a lot about how to protect your home from this crime. What they told reporters included the following:

Going on a long and much-needed vacation is a time to reset our minds and alleviate the anxieties of everyday life. But that can all be for naught if we come to an invasive theft and damages to our personal property. Based on the tips provided by criminals who are doing the time for burglary, making the following changes to your security can make a big difference and keep your home safe from being targeted while you are gone.

1. Have Someone Check Your House Daily

Having someone come by and actually park in your driveway can be a burglar deterrent. Most thieves won’t come inside in broad daylight when they know someone is there. Don’t ask this person (whether it’s a neighbor or a friend or a family member) to do chores unless you are offering some kind of compensation – that can come off as rude. If they have to drive over, make sure you offer compensation for their time, especially if you need some plants watered or pets cared for. But just see if they’ll periodically glance over and make sure the house is still locked tight and the front door isn’t standing wide open, for example.

2. Install Timers on Your Lights

A dark house night after night is a telltale signal to burglars that you are away for an extended amount of time. Set your outside lights and a few inside lights in a few rooms to come on before it gets dark and obvious. This will give the illusion that random lights on inside a house can portray that someone is home. Choose random rooms that you illuminate if you can and change which rooms light up which nights. If the same rooms are lit up at exactly the same time, this can be a green light for the bad guys.  Try to set the indoor lights to go off at a random time, like 9:52 pm instead of at exactly 9:30. You don’t want lights that turn on at exactly 7 pm and turn off at 10 pm every night; if someone is watching the neighborhood, and your house, in particular, they’ll notice. Some timer models even pair with your smartphone so you can turn certain outlets on and off at will. (Note that many security systems offer this feature as well.)

Similarly, if you leave your blinds open, don’t close them when you leave. A burglar is sure to notice that your home has been shuttered for days on end when you normally let a lot of light in. Some blinds can be put on timers too now, and like your lights, you may be able to operate them from your smartphone.

3. Pay Someone to Mow the Lawn

Unkept lawns are often a giveaway that the homeowner has not been home in several days. That goes for snow removal as well. In the summer, find a neighbor kid, family member, friend, or landscaping company to mow your lawn and make sure you pay them to do so. The safety of your property is worth it! In the winter, do the same with clearing your driveway and sidewalks of snow.

4. Make Sure You Have Good Insurance Coverage

Although this won’t actually prevent a burglary, it’ll cover you if the worst happens. If you aren’t’ sure what your homeowner’s insurance covers, call your agent and ask some questions. If you rent and don’t have renters insurance, consider picking some up to cover your personal belongings. The homeowner’s policy will often only cover damages done to the house you’re renting and if a burglar takes your TV you could be left replacing it yourself. If you feel like it and can swing the extra cost, boost your coverage before you leave.  We upped ours several years ago when we were gone for six weeks and ended up just leaving that policy in place because it added more peace of mind.  This may not help some, but not stressing while we were away and relaxing is worth the added cost to us.

5. Beware of What is Posted on Social Media

Internet safety is a must in this day and age. This one often slips people’s minds because posting that picture of their kid on the beach in Hawaii seconds after it’s taken has become commonplace. But doing so can alert sketchy characters to the fact that your family is sunning themselves in Hawaii, and there’s an open invite to terrorize your property. Consider hanging onto your photos and posting a few once you’ve returned home. The kids will still be just as cute as they were a week ago, I promise!

Don’t just stop at these safety measures, make it even more difficult for the bad guys to break in by layering your security. Here are 5 more measures you could add to beef up your home security plan.

Keeping your home safe should always be at the forefront of your mind. Take a look around your home and look for vulnerable spots and accessible entry points. Start making a home security plan using these suggestions and mitigate your chances of being burglarized while you’re away.