Recommendations From the Three Mile Island Recovery Team: How to Survive Nuclear Holocaust 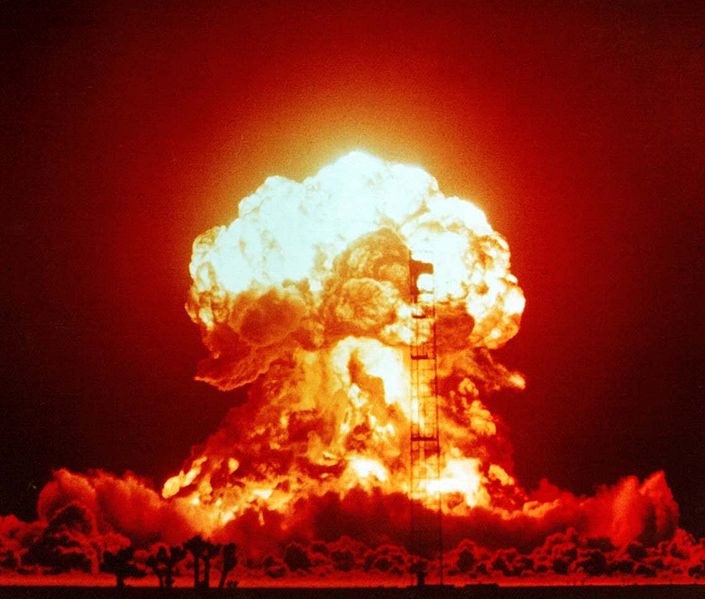 When the three mile island nuclear accident happened in March of 1979 Joy Thompson (www.wiselivingjournal.com) was one of the members of the health physics team responsible for initial recovery operations. The accident, which plant owner Metropolitan Edison downplayed by claiming that “everything is under control,” later led to wide-spread evacuations, first with a 5-mile radius evacuation zone being established, and then later a 20-mile evacuation zone. As was the case with the recent Fukushima disaster, those who would be most affected by the spread of dangerous radiation were the last to be told of the seriousness of the disaster. In the case of Three Mile Island, it was well over 24 hours before residents were told to get out. In Fukushima it was days.

Ms. Thompson contacted us recently to advise us that she and the surviving members of her team have created an easy to follow info-graphic and checklist that can help you to survive a nuclear disaster should you ever be faced with the same emergency as those people living around Three Mile Island.

While often ignored by most Americans, even on the heels of the ongoing Fukushima nuclear meltdown, the potential for nuclear disasters today is clearly more of a threat than ever before. Despite assurances from reactor manufacturers and plant operators, we’ve seen numerous disasters over the course of the last three decades, and we can be fairly certain that we will have another one in the future.

If you live anywhere on the east or west coasts, chances are you are close to an existing reactor.

According to the infographic below, one in three Americans live within 50 miles of a nuclear reactor, and by all accounts, as demonstrated by Fukushima, in the event of disaster this could very well be the  ‘kill radius.’

Thus, we urge all of our readers to explore the below graphic, as well as the ‘weapons’ and checklist that follow.

Additionally, if you are ever in an area that has experienced any type of nuclear emergency (be it a reactor meltdown, dirty bomb attack, etc.) we strongly recommend that you evacuate first and ask questions later, because as we saw with Three Mile Island, “everything” is not always under control.

Don’t wait for the experts on TV to tell you it’s time to go. Just grab your bug out bags, GOOD manuals and go!

How To Survive A Nuclear Holocaust

Last year, nuclear meltdowns and multiple explosions at the Fukushima Daiichi reactor complex sent plumes of radioactive contaminants across the northern Japanese countryside. These contaminants were projected in the atmosphere putting the northern hemisphere in danger of hazardous isotopes.

The events at Fukushima brought into focus the very real danger of a nuclear holocaust. At Best Health Degrees we decided to put together this infographic detailing some practical steps you can take to survive the danger posed by harmful nuclear radiation.

The Key: to surviving a nuclear holocaust is minimizing exposure to internal and external radiation. You will need some “weapons” to help in this effort.

Special thanks to Joy Thompson.

The Number One Catastrophic Event That Americans Worry About

US Nuclear Emergency Response Plan: “Get On The Phone Really Quickly and Figure it Out”