Puerto Rico’s Looming Medical Crisis Is About To Explode 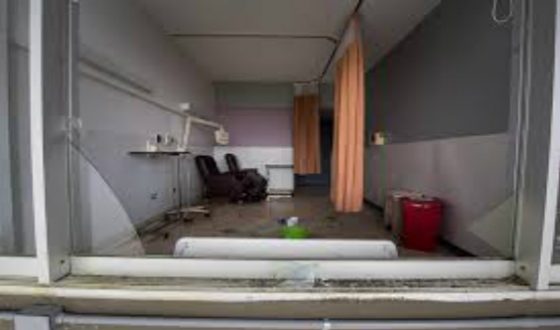 It has been one week since Hurricane Maria devastated the island of Puerto Rico. And inside hospitals and clinics, doctors have limited supplies and will soon run out of diesel to power the buildings.

The looming medical crisis is set to explode at any time. Dr. María Rodríguez is the medical director of Concilio de Salud Integral de Loíza, a community health center in a small town in the northeastern portion of Puerto Rico. She told CNN that she only has six hours of diesel left. Fuel distribution has been inconsistent and there just isn’t enough. Once Dr. Rodríguez is out of fuel, she will have no choice but to close her doors.

With the fuel and power shortages, she expects the top health concern in the days ahead will be infectious diseases. As people who need medications do not get them, she predicts mental health issues will become a problem as well. “The desperation that all these people have, they’ve lost everything — on the whole island,” she says.

“What else we can do?” she asks. “I haven’t seen anything like this.” For 24 years, she’s worked at the center, which serves about 15,000 underprivileged patients each year. Despite the possibility of a power outage, she and her co-workers are still trying to provide services to the best of their ability. In normal conditions, the center provides everything from primary care and pharmacy services to X-rays. “We can do some things. I have a stethoscope and the antiseptics and I can prescribe. But the pharmacy can’t work with that, they need the system — they need labs to provide medications to these patients,” Rodríguez says.

“It will get worse before it gets better,” she says. Her feelings are shared by other health care providers on the island as well, who believe a medical crisis is about to unfold. Dr. Robert Fuller, an emergency medicine physician at the University of Connecticut and International Medical Corp. arrived in Puerto Rico to help those whose lives are on the line.

“I didn’t realize it was gonna be corner-to-corner everybody affected by the storm,” says Fuller, squinting into the sunlight. “Every family’s been touched and disturbed in some way or another. And the degree of destruction — the power the storm had — took me by surprise.” Communities are disabled by the storm, he says, yet it’s fuel and electricity that are driving this disruption.

“If we had good logistics and good communications, things could probably settle out a little faster,” Fuller says. However, the lack of those things could lead to a medical problem, since medications might not be delivered where needed. Puerto Rico is a “complicated mess” right now, he says. –CNN

It’s not a matter of human resources, says Dr. Fuller. “It’s a matter of getting the medications and treatments to the people.” It’s also a matter of being able to move around and get services to people, which cannot happen without fuel. Unless medical supplies and fuel to run clinics and hospitals can get to the devastated island, and soon, the looming medical crisis will explode, and it could cost some their lives.