New Zealand Braces For ‘Super Gonorrhea’: It’s A Matter Of ‘WHEN, Not If’ 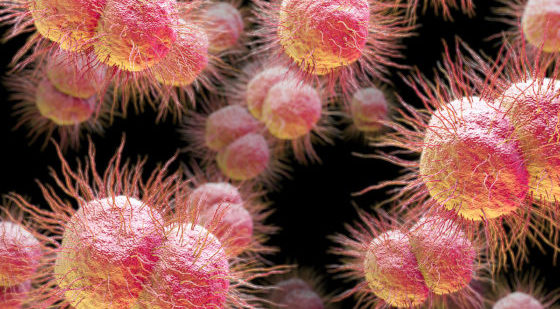 The island nation of New Zealand is bracing itself for what scientists are calling “super gonorrhea.”  They say it is not a matter of ‘if’ the nation will be impacted by the disease, but a matter of ‘when.’

A historically resistant strain of gonorrhea has made its way from South East Asia to the United Kingdom and Australia, and experts are warning New Zealand will be struck next by the antibiotic-resistant super-bug gonorrhea strain. It’s in Eastern Australia, and it’s in Queensland, Australia, so those in New Zealand are rightly concerned.

Last month, it was reported a British man had contracted what was dubbed the world’s ‘worst ever’ case of gonorrhea, that he picked up in southeast Asia. It was the first documented case of the sexually transmitted infection that could not be cured with a combination of standard antibiotics. England’s public health agency even launched an “incident response” after discovering more cases of gonorrhea recently that are resistant to nearly all antibiotics currently available.

So, how long will it be before it makes its way to New Zealand? According to Family Planning’s Christine Roke, “if it isn’t here now, it will be very soon.” Auckland University associate professor of infectious diseases Mark Thomas agrees, telling Morning Report it’s “almost certain” there will be cases within the next year or two. It’s simply a matter of “who has sex with who,” he said.

Gonorrhea is caused by the Neisseria gonorrhoeae bacteria. The symptoms of the disease are difficult for men to live with, so most know fairly soon if they’ve contracted the infection. Symptoms can include discolored discharge, stomach pain, various forms of bleeding from the genitalia, discharge or bleeding from the anus and, for the fellas, sore testes. Women often are unaware of an infection, as it normally infects the cervix, which has no sensation. Occasionally you may also get a dry throat if you’ve contracted the bacteria.  Normally, it has been easily treated with antibiotics, however, this new strain, appears to be resistant.

“The problem with gonorrhea is it’s a very wily bug,” says Roke. “And it’s able to mutate very easily. This leads to developing resistance.” Thomas agreed, adding that it is entirely possible that within the next ten years, humanity will run out of drugs to treat the bacteria. Roke also says that with international travel at the levels it is these days, it’s only a matter of time before someone smuggles the gonorrhea bacteria unintentionally into the country. As invasive as customs can be, New Zealand is not exactly screening for this stuff at the border.

Thomas said the current test for gonorrhea does not determine if the usual treatment of an injection antibiotic and two oral antibiotic pills will work. He said more resistant strains will require hospitals to administer the necessary antibiotics.