Hurricane Irma Wipes A Caribbean Island Off The Map 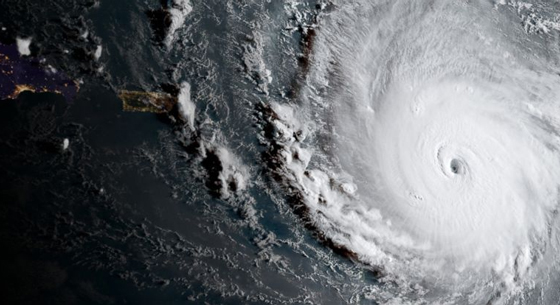 The intensity of Hurricane Irma is already making a huge impact on those in the path of this storm’s fury.  The hurricane has even wiped an entire island off the map, destroying almost every building on it and flooding it to the point that it’s now underwater.

The tiny Caribbean island of Barbuda is “uninhabitable” and “literally underwater” after it was steamrolled by Hurricane Irma. Officials in the Caribbean said as the superstorm’s confirmed death toll climbed to eight and it could still go higher. Barbuda could take years to make habitable again.

“As it stands, Barbuda is practically uninhabitable,” Antigua Prime Minister Gaston Browne told Antigua/Barbuda Broadcasting Services. He added that the destruction on the island, which is home to about 1,800 people was “heart-wrenching” and most of it is now completely underwater.

“A significant number of the houses have been totally destroyed,” his chief of staff Lionel Hurst said. At least one of the eight deaths caused by Irma was confirmed on the island of Barbuda.  Originally, Browne’s optimistic Facebook post claimed that Barbuda and Antigua had both stood up to Irma’s wrath.  Antigua, which is home to around 80,000 people was not hit nearly as hard as Barbuda.

“It is clear that Antigua and Barbuda has stood up to a mighty test,” he wrote in the statement posted to Facebook. But he revised his opinion after taking a helicopter ride to survey the damage to Barbuda, which is just 30 miles north of Antigua. “I never contemplated any possibility that you could have such a contrast,” he said of the relative destruction. Browne also said that 95% of the buildings on Barbuda were damaged and 30% percent of the buildings on the island completely demolished when the core of the Category 5 hurricane crossed almost directly over the island early Wednesday. “Barbuda now is literally rubble,” Browne said.

Browne went on to say that he would order both islands (Antigua and what’s left of Barbuda) evacuated should Hurricane Jose, which is brewing out in the Atlantic, head their way.

So far, Irma has claimed the lives of eight people.  A 2-year-old child died while the family tried to escape Barbuda, the prime minister said. Another death was reported in Anguilla, and six people died in the French part of St. Martin. The death toll is expected to rise higher as recovery crews survey and begin to work on the damages sustained.

So far, the storm has also inflicted significant damage on St. Martin, St. Bart’s, Anguilla and the Virgin Islands before it left more than 900,000 people in Puerto Rico without electricity, and 50,000 without water.  It is expected to continue its path through Cuba before making landfall in Florida on Sunday.