Hungry Venezuelans Feed on Stray Dogs and Cats: “Pets May End Up in Cooking Pots” 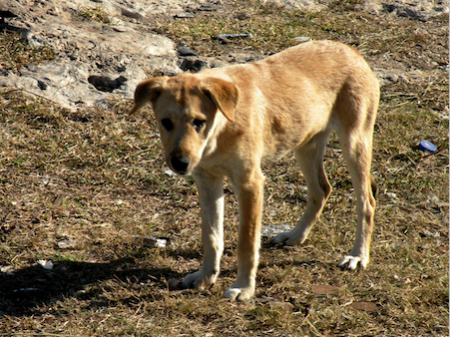 How far would you go to eat?

The economic crisis in Venezuela, which has made food scarce, has become so sharp that many people are now being forced to turn on their pets in order survive.

The mounting cost of imported staple foods used to make dog and cat foods has proven to be prohibitive for many pet owners, who have trouble enough feeding themselves and their children and have been forced to release their pets to fend for themselves.

As a consequence, there has been a sharp increase in stray animals on roadsides and city areas, and along with them, people desperate enough to turn to these once-beloved companions as a source of food.

Household pets are the latest casualty in a country where food and other essential goods are becoming ever scarce, inflation is rampant, looting is escalating and electric blackouts occur regularly.

Pet food is one of the staples in short supply in a country that imports about 70% of its food. … The high prices mean many can give their animals only table scraps, vegetable peelings, rice shards or cooked bananas. Like their human owners, many pets are noticeably underweight.

“If people themselves don’t have enough to eat, what are they going to do with their pets?” [Angela Exposito, who heads Fundanimalia, a non-profit animal rescue organization] said. “People feel they have no choice but to abandon their animals.”

Many pets starve to death or are hit by passing vehicles. Others may end up in cooking pots. Ramon Muchacho, mayor of the Caracas suburb of Chacao, warned in May that hungry Venezuelans were hunting stray dogs and cats to eat.

For animal lovers and pet owners, the thought seems unconscionable.

However, the harsh truth is that a nation full of people who have already turned to looting, rioting, black market trade and now even pouring across the Colombian border to get food, will do anything to survive.

That isn’t just true just of Venezuela, or certain parts of the world, but of humanity in general. The potential for darkness is inside every man, woman and child.

If/when the thin veneer of civility is pulled down by a true and prolonged crisis, the unthinkable becomes the last resort for people who face true desperation. It can and will happen in America in the right set of wrong circumstances.

As SHTF reported back in May, Venezuela is headed towards the bottom, and something is going to have to give in order for its population to survive and someday return to balance:

Now, hunger and scarcity have apparently reached a tipping point that is driving people to poach stray animals and even pets for food.

Ramón Muchacho, Mayor of Chacao in Caracas, said the streets of the capital of Venezuela are filled with people killing animals for food.

Through Twitter, Muchacho reported that in Venezuela, it is a “painful reality” that people “hunt cats, dogs and pigeons” to ease their hunger. People are also reportedly gathering vegetables from the ground and trash to eat as well.

The crisis in Venezuela is worsening everyday due in part to shortages reaching 70 percent […] six Venezuelan military officials were arrested for stealing goats to ease their hunger, as there was no food at the Fort Manaure military base.

But what about the rest of the world, where the economic forecast remains quite gloomy?

Even former Federal Reserve chairman Alan Greenspan warned that Venezuela was under martial law and that ‘America and Europe are next.’ And that means the people here could reach just as desperate a situation.

While it seems quite distant from current events, the reality is that brewing chaos could shift more quickly than any of us think into martial law and a deep economic collapse.

Are you prepared for food shortages, riots and masses who have been reduced to looting and poaching for food and supplies? Are you prepared to feed your pets, too, so they don’t fall victim to such dark times?

It would certainly be wise and prudent to get ready for the worst of it, while hoping that things turn around for the people of Venezuela who’ve been held hostage by dangerous socialist leader and the rest of the global economy stabilizes.

Scenes From The Venezuela Apocalypse: “Countless Wounded” After 5,000 Loot Supermarket Looking For Food