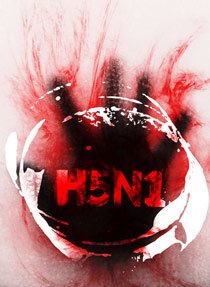 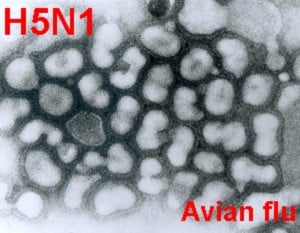 Canadian health officials have admitted they are confused over how a fit and healthy 20 year old hospital worker has died of H5N1.

The Alberta woman was a care worker at the Red Deer regional Hospital. She showed signs of illness on the return flight from Beijing on December 27th and died, in hospital on January 3rd.

Wenquing Zhang head of the World Health Organization said of the case:

“At the moment, we know that the woman didn’t visit a poultry farm or a poultry market.”

The fact that the first case of H5N1 in North America does not seem to have come from direct contact with poultry is worrying doctors and scientists alike. There is no evidence of H5N1 spreading between humans without sustained contact, and questions are being asked about if the flight from Beijing to Edmonton, which takes a touch over 11 hours qualifies as sustained contact. If so, then other passengers may well have been exposed and are at risk from the virus. Symptoms usually show up between two and ten days after exposure to the virus, with the mean average being eight days.

Coming in winter, and with seasonal flu cases mounting there are grave concerns that H5N1 will mix with this years circulating virus and via genetic reassortment will become easily transmissible between humans.

The Pandemic potential of H5N1 is frightening. Currently humans have no immunity from the virus and with a 60% mortality rate the consequences of such a pandemic would be devastating. Osteltamivir (Tamiflu) has proved effective in some cases but not in all, with the virus showing resistance in some patients, just as it has in H1N1.

Lizzie Bennett retired from her job as a senior operating department practitioner in the UK earlier this year. Her field was trauma and accident and emergency and she has served on major catastrophe teams around the UK. Lizzie publishes Underground Medic on the topic of preparedness.

Forget the Flu Shot: Hand-washing and Elderberry Extract Are the Best Defenses Against the Deadly Swine Flu Outbreak (The Organic Prepper)