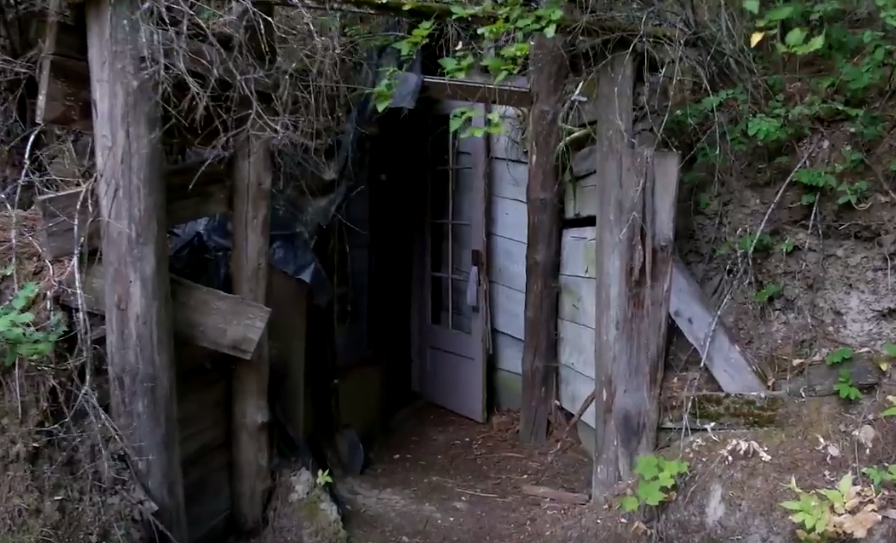 This guy never took to living conventionally, or really, having anything to do with the grid that he didn’t have to.

Mike Oehler is a veteran in the DIY homesteading movement –  [amazon text=writing the book&asin=0442273118] on how he made his own underground home for cheap, less than $50 using found materials and his reservoir of ingenuity.

This house, dug into a hill and concealed underground, lends itself to camoflauge, self-sustainability, energy efficiently, prepping and survival.

Learn from his experience how to design for the best management of water flow, sunlight into your underground dwelling, and the best way to insulate naturally, and live as low cost as you prefer.

Mike Oehler lived for over 30 years in an underground home that he built for $50 (and expanded for $500) on his land in Northern Idaho near the Canadian border. Now in his seventies his arthritis keeps him from hiking up to his home, but he continues to “write and proselytize.”

In 1968 like thousands of other San Franciscans hoping to go “back to the land”, Oehler bought property and began to build a homestead. After spending a winter freezing in a small cabin, he designed a home that would use the earth as insulation. With his first attempt he fell into the easy errors of what he calls a “first thought house”: a hole cut into a hillside with south-facing windows. Gradually he began to innovate with subterranean design, creating better ways for letting light in: among them “the Hollywood Wing”, “the Royer foyer”, gables and most-importantly the “uphill patio” (which also provides space for an earth-sheltered greenhouse). He also created an inexpensive, low-tech approach to basic design with what he calls PSP or Post/shoring/polyethlene. Mike Oehler’s “$50 & Up Underground House Book”: http://www.undergroundhousing.com/

Depending upon how you look at it, you could live out your dream, or prepare to survive a nightmare in relative comfort and security.

If it is build properly, it will maintain more regulated temperatures throughout the year than virtually any other structure.

If you’re flying under the radar completely, sod-covered roofs, tucked away hills on back-acre property, shrubbery and foilage in front of your major entrances and other simple tricks can help you blend in and remain almost literally undercover.

Yet, at the same time, natural light can be easily utilized for a home that does not necessarily need electricity, power or grid connections (that much is up to you).

Prepper’s Blueprint: The Step-by-Step Guide to Help You Through Any Disaster