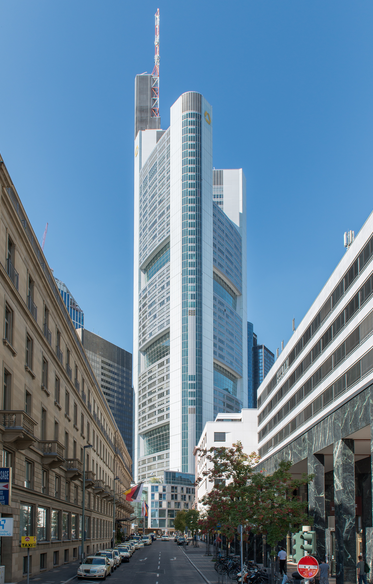 Editor’s Comment: While it is admirable that the government in Germany has seen fit to give its population advanced notice of what is coming, the fact of the matter is that something very big is happening. This news is only building upon the enormous and very serious problems that Deutsche Bank has been having during the last few months. It holds grave weight in the economic perils that the global banking sector faces, but it is also bigger than that.

The social chaos, the turmoil and the uncertainty about stability in the future is driving anxieties worldwide… how much more pressure can the system take before everything gives way? This is going to happen everywhere, even as certain individual nations or corporations make headlines. Are you prepared for what happens in the aftermath?

Another Nail in Germany’s Economic Coffin: Commerzbank Cuts Out Jobs and Shareholders’ Profits

Hot on the heels of  the Deutsche Bank debacle comes the next nail in Germany’s economic coffin.

Germany’s second largest bank, Commerzbank is planning to cut almost 10,000 jobs over and will stop paying dividends to shareholders. These actions will take place over the next 4 years.

When the news broke about Deutsche Bank collapsing, the German government said it will not assist the ailing bank – however, some have reported that the situation appears so dire that they may have softened.

According to Die Zeit, the German financial sector is in talks with the government to have a rescue plan in place to head off a total collapse of the bank. However, Deutsche Bank and the German Finance Ministry  have denied that the government would be prepared to hold a 25% stake in the bank to prop it up.

“This report is false. The federal government is preparing no rescue plans. There is no reason for such speculation. The bank has said that clearly.” A member of the Finance Ministry said yesterday. (source)

Concerns are rising due to the size of the fine imposed by the U.S. Treasury.

Deutsche Bank is Germany’s biggest lender and is facing a $14bn (£10.8bn; €12.5bn) bill for improper selling of mortgage-backed bonds before the financial crisis of 2008. Many experts don’t feel that they would have to pay the whole fine but say that it is within the rights of the Treasury to insist the fine is paid.  If this happens, there is little doubt that would lead to the total collapse of the bank in its current form.

Germany is in turmoil.

A few short weeks ago, the German government recommended that its citizens prepare for a national emergency by stockpiling food, water, and cash. Was an impending economic collapse the reason why?

This is a nation that isn’t used to having to deal with such things and their hard-line stance during the Greek financial crisis has put them in a position whereby they will look hypocritical if they step in to help a German financial institution when they basically turned their back on Greece. A “bank holiday” left the Greeks with no access to money, and their financial collapse resulted in tens of thousands of Greeks being unable to feed their kids and a skyrocketing suicide rate.

Merkel’s’ open door policy for migrants has also caused some deep divisions with massive gains amongst the far-right who have pledged to cut migration.

The country has been besieged by sexual assaults and a rise in violence over the last few months and one has to ask how long the ‘strongman’ of Europe can keep travelling on its present course.

Of course, astute observers knew something was amiss when Germany announced it was looking at the possibility of re-introducing the draft and had advised German citizens to stock up on food, water, and cash in case the country faced a national emergency.

Europe is teetering on the brink, and although we are thousands of miles away, we must take note of what happens there. Trade and economy are inextricably linked in this age of global connectedness and the ripples are felt around the world when a major economy hits its crisis point.