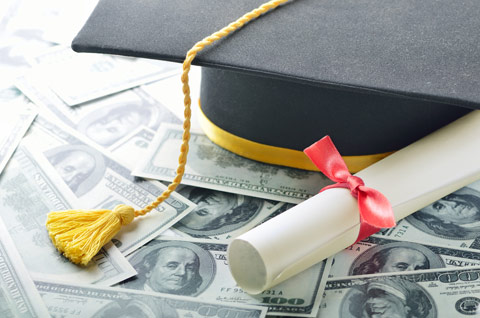 This article was written by Shaun Bradley and originally published at The Anti-Media.

Editor’s Comment: No one can escape the larger reality. Society has been set-up for a hard fall; an entire generation has been roped into untenable debt – huge liabilities for education and college degrees that don’t translate into better jobs, or a better society. The same pattern of debt has been replicated across the market; houses costs are swelling, people are renters again, except for the millennials who are are largely dwelling in their parents’ basement and putting off the future that isn’t there waiting for us.

There’s an existential crisis for Americans, and a debt that – at least on paper – can no longer be paid. Either we can kick the can down the road indefinitely and live in bondage to the central bankers, or the system will crash, and a bad cycle must be accounted for. All the experts who’ve dared to face reality, and discuss the real factors at play, know that this cannot be avoided. Trump, or any president for that matter, even with the very best intentions cannot get us out of this hole. Only fixing the banking, monetary and financial system can; and there is no way it can be easy or quick.

The life of a debtor serf, until or unless reality is faced and confronted…

The Department of Education recently released a memo admitting that repayment rates on student loans have been grossly exaggerated. Data from 99.8% of schools across the country has been manipulated to cover up growing problems with the $1.3 trillion in outstanding student loans. New calculations show that more than half of all borrowers from 1,000 different institutions have defaulted on or not paid back a single dollar of their loans over the last seven years.

This comes in stark contrast to previous claims and should call into question any statistics provided by government agencies. The American people haven’t fully grasped the long-term implications of loaning a trillion dollars to young people who have no credit or assets.

Increases in tuition seen over the past two decades have become a point of controversy and angst for those who don’t fully understand the contributing factors. Between 1995 and 2015, the average cost of a public, four-year university skyrocketed by well over 200%. Although federal student aid programs are often championed as a necessity, they have been instrumental in making higher education unaffordable. The opportunity to pay for college by working a part-time job evaporated as soon as huge sums of money were handed out to anyone with a pulse. Since students no longer pay their tuition upfront, colleges are able to raise prices in perpetuity, knowing the government will step in and make credit easier and easier to obtain. As an added bonus, outstanding student loans account for 45% of the government’s financial assets.

Subsidizing the lives of an entire generation has turned personal growth and advancement into a choice instead of a necessity. After all, why take risks or work your way up from the bottom when with just a signature, the life you’ve always wanted could be laid at your feet? It’s not hard to figure out why so many people are tempted to take advantage of the instant gratification that comes from student loans, but like everything else in life, they have a price. The same safety net that delays the anxiety of the future also ensures that monthly payments will be owed for decades to come. Procrastinating when faced with pivotal life decisions is an instinct that used to be overcome as a teenager, but today it is worn like a badge of honor well into adulthood.

The policies of intervention haven’t stopped at federal aid, and loan forgiveness is now being offered to those willing to work in the public sector or at a non-profit for ten years. This perverse incentive only serves to drive those desperately in debt further towards government dependence. Productive jobs are created when the needs of others are met in the free market, not by joining the ranks of the state for self-preservation.

The idea that success comes exclusively through attending a university has created a stigma against some of the most valuable occupations. The lack of real skill sets has lead to a shortage of welders, electricians, carpenters, and other trade workers. Instead of learning through experience with apprenticeships, many students have embraced four years of sleeping in, drinking heavily, and getting an increasingly useless degree. While there are many fields that require specialized training, the surge in popularity of degrees like sociology, anthropology, and communications clearly illustrate a disconnect between the needs of the economy and the skills of the incoming workforce.

The normalization of this system has blinded individuals to their own potential. Some of the most successful entrepreneurs and thinkers are those who have bypassed traditional education. Mark Zuckerberg, Steve Jobs, Richard Branson, and hundreds of other innovators achieved greatness by breaking from predictable paths to knowledge. Instead, passion and experience were the foundations that gave them the confidence needed to make groundbreaking strides. What it means to learn and be educated is changing rapidly as technology develops, and it will eventually force the State to adapt with it.

Albert Einstein was able to spot the innate flaws in the education system even back in 1936, but it’s doubtful he could have fathomed how far things would go:

“I want to oppose the idea that the school has to teach directly that special knowledge and those accomplishments which one has to use later directly in life. The demands of life are much too manifold to let such a specialized training in school appear possible…The development of general ability for independent thinking and judgment should always be placed foremost.”

Those who do achieve their degrees often do so without developing important skills like critical thinking and individual discernment. The scariest part about this revelation is that almost 90% of outstanding private loans are co-signed by parents, making this an intergenerational problem. As the instability of pension funds, social security, and economic conditions continue, any additional burdens passed onto the baby boomers could have far-reaching ramifications. The vast distortions in information that this report exposes should motivate everyone to become an independent fact checker. The only way to reform this broken system is to shift the pursuit of knowledge towards the direction of each individual’s passion instead of creating more cogs for the machine.

This article was written by Shaun Bradley and originally published at The Anti-Media.