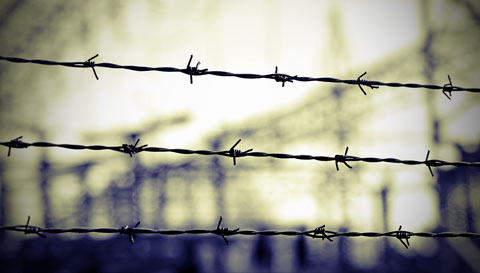 Editor’s Comment: There are two major problems that come to mind – one, the level of homelessness, poverty and idle populations in California and across the country, and the divided world between the 1% and the struggling 99% is coming to a head. Economically, things are very close to the brink, and there are far too many people who’ve given up at the individual level. This crisis has given the impetus for cities like Santa Ana to take drastic action.

The other side of the coin, is that if they can do this to homeless vagrants, and out of work families, they can do it to anyone. If civil unrest comes, perhaps in combination with mass unemployment, a crashed stock market and monetary system and great misery, those keeping society in check will feel compelled to come down with a heavy hand. People will be rounded up, some of them unfairly. Entire communities can be disrupted, or forced under an emergency to evacuate and take shelter in FEMA centers while the cities become off limits. There are a lot of things that can happen – including to hard working, employment, head-above-water American families.

When this thing starts to unravel, making do in the current atmosphere won’t cut it; in the aftermath of what is coming, many people will be desperate. Tent cities and migrating Americans looking for temporary work will return; millions more will flock to government welfare programs, and be dragged into the dregs of collectivist measure to ride out bad times. They are moving to sweep up the disarray of a society that is crumbling, and a financial landscape that is no longer survivable for a wide sector of the general population.

The City of Santa Ana has come up with an innovative and despotic way of keeping their homeless population in check — imprison them. The city is now party to a federal lawsuit over unreasonable seizure, false imprisonment, and due process violations.

Heading up the lawsuit on behalf of Michael Diehl, who has lived at the encampment for three years, is the ACLU of Southern California. The lawsuit demands the immediate removal of the 6-foot-tall chain-link fences penning in 75-100 people and their belongings.

“Defendants’ actions have not only illegally restricted the liberty of the homeless people living in the encampment, but it has also cut them off from access to food, water, and medical care thus threatening their health and well-being,” the lawsuit states.

According to Courthouse News:

Diehl was shot in the head at a Tustin convenience store in 2009. He lost his right eye and doctors were unable to remove the bullet from his head. He takes medication every day to control seizures that have become more frequent with the increased presence of authorities at the encampment, he says in the complaint.

When a woman suffered a seizure at the encampment after the fence was erected, Diehl says, paramedics had difficulty reaching her because the barriers have blocked parts of the sidewalks at Chapman Avenue and Orangewood Avenue where people used to come and go.

If people living at the encampment cut holes in the fences with bolt cutters, Orange County Public Works employees repair it. For the elderly and disabled it is neither safe nor realistic to scale the fence or navigate the river to get to a steep, rocky embankment on the river’s west side, Diehl says.

“Children, people with severe disabilities, the elderly and others are deprived of food, water and access to restrooms,” said ACLU homelessness policy analyst Eve Garrow. “The county should take action to rectify this egregious violation of basic human rights.”

Naturally, the county is claiming that they are not doing anything wrong and that the fence, put in place after the homeless community began growing there, is for ‘flood control.’

“The county is aware that there are homeless encampments in the project area. Flood control channels are not a safe place to live. Sign postings and in-person notifications about the project have been provided to those encamped along the county maintenance road,” the county said in a statement.

However, according to Diehl and the others who are imprisoned in the camp, police told them that they should move there to avoid citations for sleeping in public in the other parts of town.

What this case in Santa Ana illustrates is the state’s continued war on the right of people to exist. Every time a group homeless community finds a safe spot, located out of the way, they are targeted for removal, or, in this barbaric case — imprisonment.

Earlier this month, the Free Thought Project reported on another war being waged against the homeless population in California. Known as ‘The Promised Land,’ a group of homeless people in Oakland sought to improve their situation by creating a camp that would foster sobriety and help people to get jobs. It was located out of the way, under a series of overpasses. They had running water, were growing their own food, and did not allow drug or alcohol use within the camp.

As cops and officials allowed the other heroin riddled encampments to continue, they targeted The Promised Land for destruction.

Diehl now seeks an injunction ordering the county to provide him with “reasonable means of leaving the riverbed and being able to retrieve his property.”

Matt Agorist is the co-founder of TheFreeThoughtProject.com, where this article first appeared. He is an honorably discharged veteran of the USMC and former intelligence operator directly tasked by the NSA. This prior experience gives him unique insight into the world of government corruption and the American police state. Agorist has been an independent journalist for over a decade and has been featured on mainstream networks around the world and now on Steemit.