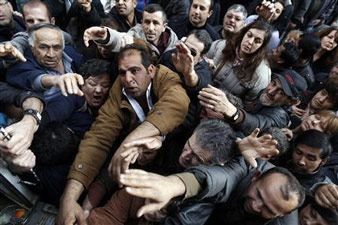 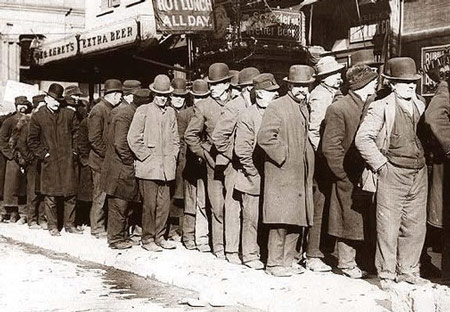 Editor’s Comment: Society has lost its way, and there are a million reasons for things to go south at a moment’s notice. Preppers know that with survival skills and supplies ready, there is a better chance that they will be able to survive almost anything that comes their way, and be able to keep a healthy distance from unruly and dangerously dependent urban populations.

If a truly widespread disaster were to set in, martial law, FEMA camps and violence civil unrest could quickly follow. Those who aren’t ready will be left fending for remaining supplies from empty shelves, and ultimately have no other alternative but to submit, and ride out the crisis begging from the government. Only those with a clear headed approach and a prepared mindset can avoid such degradation… will you be among the ready few?

No one can predict the future and it’s not likely most of us will know when the next ‘stuff hit the fan’ scenario will occur, but we can make some educated guesses based upon experience and common sense.

For example, for much of the country – especially the Midwest – we are approaching tornado season, when spring and early summer weather can often turn violent. The same is true for the Atlantic coast and the Gulf of Mexico, which could see hurricanes in a few months.

Out West, especially in California, there is always the threat of a major earthquake, though the New Madrid fault, the epicenter of which is located in southeastern Missouri/northwestern Kentucky, is also a threat.

Then there are world events which could erupt at any moment, such as a nuclear attack, or a cyber attack on our financial infrastructure. Or maybe political violence stemming from the insanity the political Left still harbors over the election of Donald J. Trump to the White House. (RELATED: How To Construct A “Bugout” Home For $250)

There are any number of things that could disrupt our world. We simply don’t know when something will happen. But before SHTF, there are some basic skills you should learn no matter what the triggering event happens to be, because they will come in handy regardless of the situation.

“If you want to become more prepared for a survival situation, the information available can be overwhelming. Some sites are trying to teach you how to start a fire with a block of ice, while celebrities on television are telling you to drink your own urine. What? Thankfully there are a few simple skills that you can learn to make a huge impact on a survival situation,” writes “Ryan” from Modern Survival Online.

This will be one of the most important survival skills you need to learn because fire can accomplish a number of important things – cooking, sanitizing water, and heat are just a few of those things.

Any preparedness bugout bag you put together should have at least two and maybe even three methods for starting a fire. This can be a disposable lighter, flint and steel, 9V battery and steel, etc. You can build a fire in any number of ways – gathering paper, small pieces of wood, sticks – but the ability to actually light the fire is the most important part of the skill.

In an SHTF scenario, potable (clean, drinkable) water is going to become pretty scarce pretty quickly. You should make sure you have an emergency supply of it on hand, but eventually you’re going to need to find some ‘in the wild,’ and it’ll have to be sanitized or you’ll get sick, then dehydrated, then you’ll die. Boiling water for just a few minutes works best, but you can also buy emergency water filters and filter straws.

Food on the fly

Food will also become a scarce commodity, so it would behoove you to learn about what kinds of plants grow in the wild where you live that are edible. You may not think much about that now, but when you’re getting hungry, living off the land will become necessary. Check with your local conservation department for starters; their experts can tell you what grows wild that you can eat in a pinch.

You’re going to want to pick up any information you can about the situation, so having some kind of radio that doesn’t require batteries (solar, wind-up) will work best. AM-FM and CB combination if you can find it. (RELATED: Best Ways To Escape Disaster When A Crisis Strikes)

How you personally want to handle this is, of course, something you have to decide. Most people think of a firearm as being best for self-defense, but others choose bows/crossbows, knives, a baseball bat, etc. Whatever you decide, take time – a lot of time – now to learn how to use your self-defense weapon of choice. This is particularly true if you choose a gun.

You don’t need to become a certified emergency medical technician or go to nursing school, but learning basic first aid is vital. You’ll want to know how to clean and dress wounds, treat burns, flush chemicals from your eyes, and basic splinting for fractures or sprains, at a minimum. Learn about nutrition and hydration, too, and what to do if you get diarrhea, which can kill.

If you have to leave your home and “bug out” to a safer environment, it will help if you have paper topographical and road maps of your area. Even if you’ve lived there for a long time, you likely don’t know every bend, dirt road, creek and hill. Having paper maps at the ready will help you navigate your way to safety.

J.D. Heyes is a senior writer for NaturalNews.com and NewsTarget.com, as well as editor of The National Sentinel.