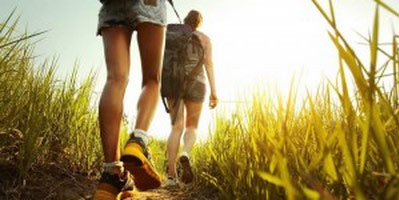 Whether you are just starting out with prepping and are figuring out what to focus on first, or whether you are a veteran prepper tracing over your plans for potential flaws, you can always make improvements.

These videos can help you cover the essentials, boil down to the most important factors and start actually putting your preps into action.

Don’t wait until the trouble starts, because it will already be too late.

How would you survive if the food supplies stall out, the economy and digital grid crashes, or para-government forces unleash a round-up plan?

Have you made your family as secure as they can be with stored goods, equipment and a fool proof bug out plan for continuity of life off the grid?

There are some good answers on where to start and how to account for just about everything, but the point is that you must start somewhere.

For beginners, the best tip may be to start small and build up from there as you learn what you’re doing:

Survival Know How explains his Top 10 Tips For New Preppers:

1. Start small. There is no need to prepare for the zombie Apocalypse if you don’t have enough supplies to last you 3 days without power.
2. Start with Food and Water. To often new preppers want to focus on guns, knives and ammo. It may not be as glamorous but your first preps should be food and water.
3. Develop your skills. Prepping is not just about what you buy but is also about developing your skill set and expanding your knowledge.
4. Build a prepper community. Talk about prepping to your friends, co-workers and family.
5. Tailor your preps to your geographical location. If you live up north you need to focus on keeping warm in the winter, if you live down south you need to focus on staying cool in the summer.
6. Develop a plan B. AKA a Bug Out Bag. Bugging in should always be your plan A. Only Bug Out if you absolutely need to.
7. Practice with your preps. Having preps is not enough, you need to be proficient with them and know how to use them when shit hits the fan.
8. Use List to stay organised. Create prepper supplies list, emergency food list and anything else. This will help you stay organized and buy everything you need.
9. Get into shape. When the shit hits the fan and you are forced to fend for your self you want to be in the best shape possible.
10. Learn First Aid. Skills in first aid will literally save your and your family life.

Even if you have everything you need to survive at home, there are many bad situations that could force you to leave your home and seek survival somewhere else – if you can make it.

Here are some important factors to consider when planning to bug out. What will the roads and highways look like during disaster? Likely they won’t be easy to travel on, and could be downright dangerous. Foreknowledge of the back roads and other alternative means of travel are essential if you are in a serious situation.

Setting up cache sites along your bug out route could also be vital to your survival plan, particularly if your travel plans hit a snag.

Bugging Out: What to Know Before You Go! 19 Tips for Preppers for SHTF Escape Planning! 🙂

The Healthy Prepper explains her 19 Tips for Preppers for SHTF Escape Planning:

1. Know your routes.
2. Have multiple forms of travel. (car, bike, foot, zodiac etc.)
3. Preload car with bug out bag
4. Bury caches along routs.
5. Know your final destination.
6. Lay low and blend in.
7. Choose off roads, back roads etc.
8. Sleep in a different location than you cook your food or build a fire.
9. Have back up fuel on the car.
10. Keep bug out vehicle maintained and full of gas.
11. Know when it is time to go.
12.Learn to use maps, compass, star navigation
13. Expect to get lost forced off route.
14.Avoid ridge lines and tops of hills.
15. Have alternative bug out locations in mind if the first one does not pan out.
16. Practice you bug out plan with your family.
17. Know where water, food, fuel can be found along your bug out routes.
18. Be prepared for interactions with others.
19. Be prepared someone may have already pillaged for bug out location or has already set up camp there.

Realistically, you may not be able to cover all of these points, and may find some of them to be contradictions with your real world situation. Regardless, you must prepare for all eventualities.

The point is to consider the best information you can, match it up with the realities of your area, your home, your financial situation and the reliability of the people around you (or lack thereof).

Plan ahead, and avoid becoming paralyzed by fear and inaction if and when the SHTF.

The Prepper’s Blueprint: The Complete Guide on Where to Start and What to Do