Who Do They Work For? New York Governor Andrew Cuomo Is SUING Trump Over Tax CUTS For Americans Yet Plans To Give More Free Stuff To Illegal Immigrants 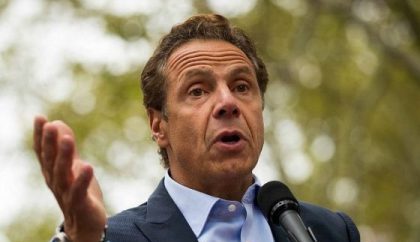 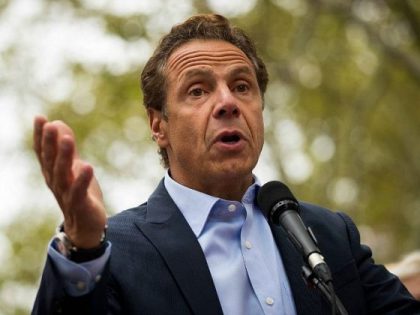 On Friday morning, New York Governor Andrew Cuomo announced his states plan, along with New Jersey and Connecticut, to sue the federal government over the recent Trump tax cuts and the supposed economic hardship inflicted by them on blue states throughout the country.

“The states appear to be taking aim at a provision that limits residents’ state and local tax deduction (SALT) to $10,000. While the law contains sweeping tax rate cuts for businesses and individuals, taxpayers in high-tax states like those in the Northeast are expected to take a hit from the SALT change,” reported Fox News.

New York, New Jersey and Connecticut are launching a coalition to sue the federal government to reverse the unjust tax law.

We will not stand idly by as the federal government attacks the fiscal health of our states.

“The elimination of full state and local deductibility is a blatantly partisan and unlawful attack on New York that uses our hardworking families and tax dollars as a piggy bank to pay for tax cuts for corporations and other states,” Cuomo claimed in a statement. “This coalition will take the federal government to court to protect our residents from this assault.”

While Cuomo is hoping gullible citizens and a compliant media believe his laughable reasoning, the fact of the matter is this is nothing more than yet another attack on literally anything President Trump does while also having a direct connection to the states plan to give even more free stuff, at taxpayers expense, to illegal immigrants.

It really is that simple. New York, New Jersey, and Connecticut are the top three states with the highest combined sales and personal income tax and the Trump tax cuts directly reduce the amount of money said states are able to fleece from their own people while also decreasing the amount of cash flow that can be passed down to “DREAMers” and other illegal immigrant groups.

As Kit Daniels wrote for Infowars.com:

Not long after Gov. Andrew Cuomo promised free college tuition to DREAMers, New York launched a lawsuit against the Trump administration over its nationwide tax cuts because they hurt the state’s “fiscal health.”

In other words, our states want to keep raping our citizens to provide candy for illegals, but your tax cuts make us look bad in comparison.

New York, New Jersey and Connecticut have the top three highest combined sales and personal income tax rates, according to Turbotax, and the states have led the top three since 2005, so it’s hilarious how President Trump has forced them into the untenable position of defending high taxes.

But the states are motivated to do so despite the bad optics because the money is going to illegals who Democratic leaders hope will replace working-class voters.

You know, the voter who dumped the party due to its “Globalism First” platform and its preference for bringing in H-1B workers for jobs once open to American citizens.

At this point one really has to wonder who these Democratic politicians actually work for?

This example, as well as Schumer’s shutdown of the government over a fight about illegal immigrants, clearly shows that the left is now 100% on board with securing millions of illegal immigrants into future Dem voters and they are more than willing to throw actual American citizens to the curb in doing so.

Cuomo wants to kill your tax cuts to give free rides to non-citizens. #tcot #Trump pic.twitter.com/O57Bj6ynlC